Rumo ALL sets out $US 2.5bn investment strategy

RUMO ALL, the company formed in February following the takeover of Latin American Logistics (ALL) by Rumo Logistics, a subsidiary of Cosan Logistics, has unveiled a long-term investment strategy which emphasises modernising the Brazilian railfreight company. 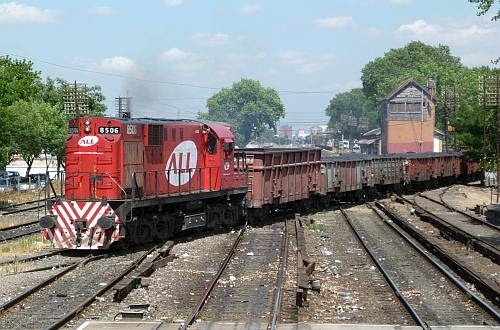 Rumo ALL is aiming for improved efficiency and to increase the volumes of grain, sugar and the other commodities it transports through four railway concessions covering 12,900km of track in the south of Brazil. It expects to invest Reais 7.4bn ($US 2.48bn) up to 2019 excluding current investments in two phases.

Phase one encompasses Reais 2.8bn in investments aimed at improving efficiency and reducing operating costs up to the end of 2016. This will include replacing locomotives, wagons and restoring infrastructure, with some measures that have already been adopted resulting in reductions in journey times. Rumo ALL estimates that these measures could increase Ebitda by up to Reais 500m by the end of 2016, with 2015 Ebitda estimated at Reais 1.6-2bn.

An additional Reais 4.8bn will be spent from 2017 to 2019 on similar improvements. However, this figure will depend on renewal of three concessions by the National Land Transport Agency (ANTT). If it does not secure these concessions, as a back-up plan, Rumo ALL plans to add extra capacity to its northern network for which it holds a concession up to 2078.

"We see a great growth opportunity in the sugar market, which will only be possible if we're able to increase capacity," says Mr Júlio Fontana, president of Rumo ALL. "That's why we're working to increase capacity, remove restrictions and bottlenecks, and improve access to the port of Santos."

Rumo ALL has already secured 50% of the financing for the first phase of its investment plan, with the remainder expected to come from Brazil's National Bank for Economic and Social Development (BNDES), credit agencies and the financing arm of the Central-West Region (FCO). The majority of the remaining investments up to 2019 will be provided from BNDES and 23% from other market sources, with all investments funded through loans.