RUSSIAN Railways (RZD) and Gazprom signed an agreement on March 30 to jointly finance the construction of the Northern Latitudinal Railway (NLR) in western Siberia. 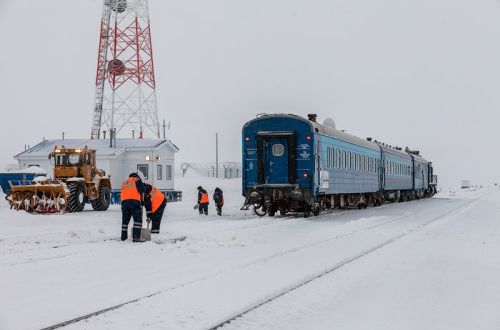 The agreement was signed by the president of RZD, Mr Oleg Belozerov and the chairman of the board of Gazprom, Mr Alexey Miller. The line runs from Obskaya to Korotchaevo, stopping at Salekhard, Nadym, Pangody and Novy Urengoy.

The line will reduce the journey time to ports in the northwest and facilitate improved freight transport from the northern regions of western Siberia, carrying an estimated 23.9 million tonnes of predominately gas condensate and oil per year.

The project will be funded through a private investors under a concession scheme. RZD, Gazprom and Yamalo Nenets Autonomous Okrug, the main participants, will upgrade the existing infrastructure while the new facilities will be built by SPC-Concessionaire, a subsidiary of RZD.

RZD will reconstruct the adjacent Konosh - Kotlas - Chum Labytnangi sections of the Northern Railway as well as the Ob station and the Pangody - Novy - Urengoy - Korotchaevo line of the Sverdlovsk Railway.