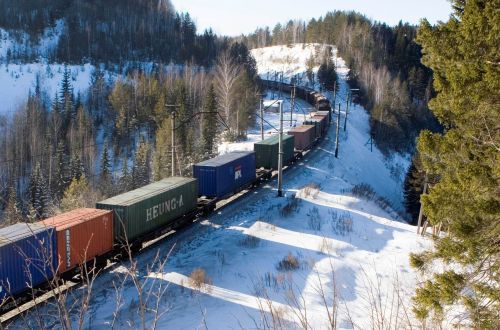 RZD Logistics was founded in 2010 as part of the development of the logistics business of Russian Railways (RZD). It has 33 branch offices in Russia and now operates rail freight services on the three China - Russia - Europe corridors: at Dostyk for traffic passing through Kazakhstan; Naunshki for the route through Mongolia; and Zabaikalsk for direct China - Russia trains. RZD Logistics reports that the most popular routes during the first half of the year were: Brest - Zabaikalsk; Chongqing - Dusiburg; Chengdu - Lodz; Suzhou - Warsaw; Dusiburg - Chongqing; and Changsha - Warsaw.

The company also reports substantial improvements in less-than-container load (LCL) and less-than-truck-load (LTL) traffic. Volumes increased by 85% year-on-year to reach 140,000 tonnes in the first half of 2017. In addition the number of processed orders also grew by 15% to 13,000.