RUSSIAN Railways (RZD) may have to double funding for proposed improvements to the Trans-Siberian and Baikal – Amur railways to better serve the growing volumes of coal being transported from the Kuznetsk Basin, the biggest production site in Western Siberia, according to the Russian Institute of Economy and Transport Development. 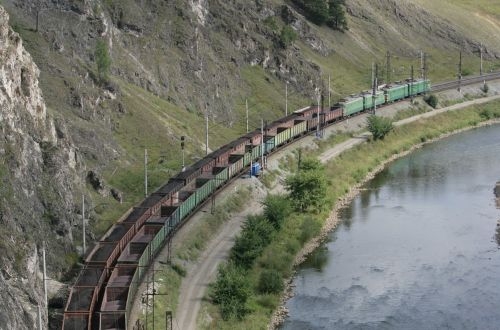 A report issued by the RZD-sponsored thinktank states that to meet demand, investments of around Roubles 1.2 trillion ($US 34.08bn) are required on the two lines up to 2020. This is twice the initial Roubles 562bn approved by the Russian cabinet in April.

The report estimates that RZD will be transporting 71.8 million tonnes of coal on the two corridors in 2020, double the 32.5 million tonnes carried in 2012.

However, according to The Moscow Times, a recent audit by Deloitte, PwC and Ernst & Young identified billions of dollars of possible savings in the financial plan for reconstruction of the two corridors, while it stated that RZD had overestimated volumes on the two lines over the next seven years by 25 million tonnes.