SWISS rail freight operator SBB Cargo is planning to retrofit 2000 freight wagons with sensors by the end of 2018, having successfully completed trials with 150 wagons since October 2015. 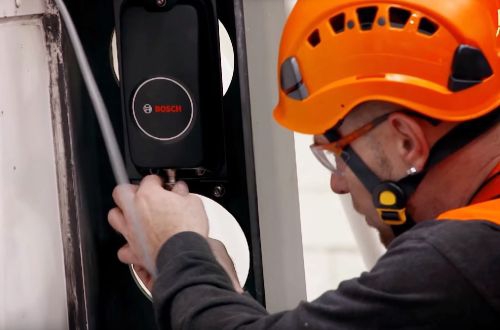 The sensors record information on the position and condition of the wagon and its load, including temperature and humidity, which is then transmitted to a server and made available online to staff. This means the condition of the wagon and freight can be checked at any time, leading to greater efficiency in the logistics chain and in the scheduling of maintenance and repair work.

During the trials SBB Cargo equipped 150 refrigerated wagons, which covered a total of 10 million km. The system was developed by SBB Cargo together with Bosch Engineering, after the two companies came to an agreement to cooperate on an asset intelligence system for freight wagons in 2015.

The partners are also cooperating on another digitalisation project for assisted shunting, which is due to start trials in the near future. Currently shunting manoeuvers are mostly carried out by two or three shunters. The aim is to have a single shunter working by remote control, assisted by video and radar sensors in the shunting locomotive with a reach of 160m. This information is then collated with all other data to give a complete picture of the situation at any time, including optical and acoustic warnings in the case of other vehicles, people or obstacles near the locomotive. Three SBB cargo locomotives have been equipped with the system as prototypes.