SWISS Federal Railways (SBB) rail freight subsidiary SBB Cargo has revealed plans to substantially restructure its business operations over the next few years as it grapples with falling demand for wagonload services in Switzerland, which has led to significant losses. 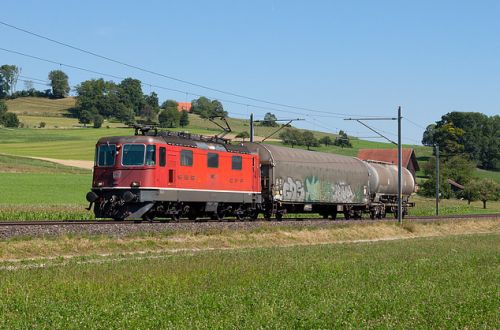 Currently, 90% of the wagons are handled through around half of SBB Cargo’s 344 service points; it is this systemised service that SBB Cargo aims to develop further, with a regular, reliable and efficient product involving fast, frequent connections using reserved slots. This also calls for increased use of automation and digitalisation, and SBB plans to exploit innovations such as automatic coupling and brake controls through stationary cameras, tasks currently performed manually.

In addition, SBB Cargo plans to reduce its workforce from 2200 to 1400 by 2023, with 330 posts due to go by the end of 2020. Of this number, it is anticipated that 750 will fall away through natural wastage, including several hundred staff who will reach retirement age during this period.
The company recorded an operating loss of SFr 37m ($US 39m) last year but hopes the restructuring programme will return it to break-even by 2020.

SBB Cargo will also be partially-privatised, following a recommendation by the Swiss Federal Council last November that its board of directors be strengthened and its independence increased with business partners or major customers being invited to take a minority holding. The board will be enlarged by at least one more member from January 2019, and will also be chaired by a third party. However, the company will remain a subsidiary of SBB.

SBB Cargo International, the company’s joint-venture business with Hupac, has not been affected by these developments. The company improved its results in 2017 despite the seven-week closure of the Karlsruhe - Basle line at Rastatt, Germany, which caused significant disruption for freight traffic on the Rotterdam - Genoa corridor.