US Class 1 Norfolk Southern has announced senior management changes ahead of the retirement of its CEO in May 2022. 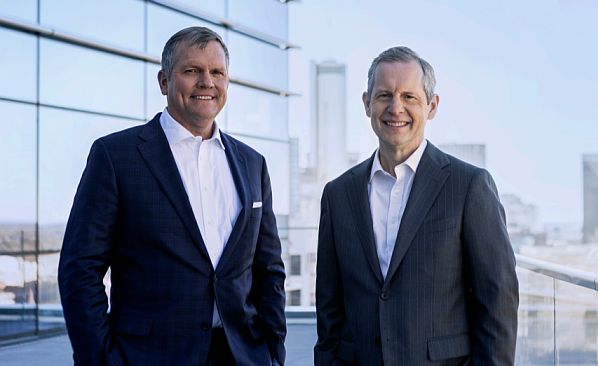 NORFOLK Southern (NS) announced on December 2 that its chairman and CEO, Mr Jim Squires, will retire in May 2022. He will be succeeded by executive vice-president and chief marketing officer (CMO) Mr Alan Shaw, who becomes president of NS with immediate effect.

NS says the two men will continue to work together over the next five months to complete a smooth transition.

“Jim is retiring at the top of his game,” says Mr Steven Leer, NS’s lead independent director. “Thanks to Jim’s leadership, Norfolk Southern has a strong foundation for continued success. During his tenure, he has increased shareholder value by more than $US 30bn, implemented Precision Scheduled Railroading, led the company through a freight recession and global pandemic, and brought company leadership together in a new, state-of-the-art Atlanta headquarters.”

“This is the right moment for a leadership transition,” Squires says. “The company is in a rock-solid position, I’ve accomplished what I set out to achieve, and our board of directors has identified the right leader in Alan Shaw to guide Norfolk Southern in its next chapter of success and value creation.

“Alan has a unique combination of skills and experience that prepare him to lead the company. He’s a veteran railroader who understands operations and will drive continued improvement in service and efficiency. At the same time, he has an unparalleled understanding of our customers and the markets we serve, as well as the vision to grow shareholder value in our competitive, rapidly evolving industry.”

Shaw, with experience in marketing, operations and finance, began his NS career as cost systems analyst and manager in 1994. He rose through the ranks and was appointed executive vice-president and CMO in May 2015.