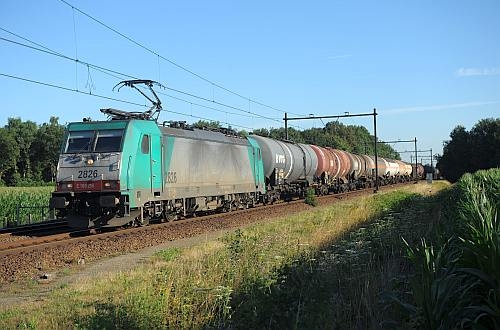 Slovak Xpress is a twice-weekly service linking the port of Antwerp with the Slovakian capital Bratislava, offering a journey time of 32 hours. SNCB is operating the service in cooperation with Austrian open-access operator LTE, with feeder services in Slovakia being provided by state-owned railfreight operator ZSSK Cargo. SNCB Logistics expects to increase frequencies on this route in the near future.

Austria Express targets both the single wagonload and intermodal markets with a twice-weekly service from Antwerp to Vienna. The train is managed by SNCB Logistics intermodal subsidiary Inter Ferry Boat and offers a journey time of 30 hours. SNCB Logistics provides traction from Antwerp to the German-Austrian border at Passau, where LTE locomotives take over for the final leg of the trip.

SNCB Logistics sees central Europe as an area with considerable potential for growth, and SNCB Logistics hopes the train will prove particularly appealing to customers in the chemical and steel industries.
Xpress trains operate to a fixed timetable to give customers a clearer indication of departure and arrival times and SNCB Logistics provides detailed real-time information on wagons and freight while the train is in transit.