Freight and passenger numbers on the rail network have been steadily decreasing. 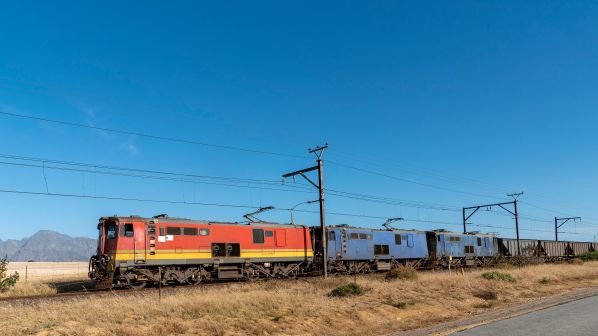 SOUTH Africa is looking to open the core railway network to third-party freight operators and grow the railway sector as a means of stimulating economic recovery from the Covid-19 pandemic.

Gordhan said this would provide a number of benefits, including:

The plans were first introduced last year by South African president, Mr Cyril Ramaphosa, during the announcement of the Economic Reconstruction and Recovery Plan, which featured a number of key structural reforms to revitalise the South African economy. The plans also included the establishment of a Rail Economic Regulator.

State-owned freight railway Transnet is in the process of separating its operation and infrastructure divisions. Gordhan says this is expected to take around 18 months, with third-party access expected to be introduced within three years.

The plans come at an important time for rail in South Africa, where both freight and passenger numbers were dropping even before the start of the pandemic.

The rail structural reform proposed by the government was “immense and exciting,” Holley says.

“The initial feedback from our study has been encouraging,” Holley says. “The freight volumes that could be brought to rail and the corresponding access fees generated as a consequence are significant and at present, our advice is that no additional regulation or legislation is required for implementation. Importantly this reform requires zero privatisation, as Transnet and Prasa remain the owners of the track infrastructure and remain operators as they are today, and zero contribution from the Fiscus [national budget].

“The impact would be tens of billions of Rand of investment into South Africa in rolling stock alone, and ultimately, more rail volumes and a bigger pie. So, while 2020 may have brought some of the darkest days in the long history of our industry, the horizon just may have never been brighter.”

An in-depth review on developing rail in Africa will feature in the July issue of IRJ.