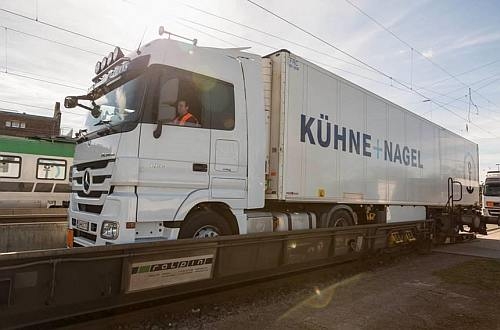 The company was created as part of Switzerland's modal shift policy to transfer transit freight traffic from road to rail, and was conceived as a complementary service to the carriage of unaccompanied freight units. RAlpin is owned by BLS Cargo, SBB Cargo, Hupac, and Trenitalia.

Around 10% of all lorries transiting Switzerland are now carried by rolling road. RAlpin transports more than 100,000 accompanied road units a year on two routes: the original link between the Freiburg-im-Breisgau, Germany and Novara, Italy, via the Lötschberg Tunnel; and the Gotthard link between Basle and Lugano, which was introduced in 2011.