RAILFREIGHT volumes on the major transalpine routes across Switzerland continued to recover in the first half of 2014, according to the latest statistics from the Swiss Federal Transport Ministry (BAV). 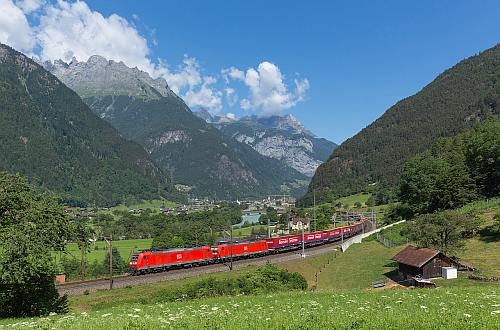 Volumes climbed by 5.3% year-on-year between January and June to reach 13.5 million tonnes, with wagonload traffic rising 6.2% and unaccompanied combined transport up 5.4%. The Gotthard route saw a 5.8% increase in volumes and there was a 4.5% rise on the Simplon route.

BAV notes that the drop in road volumes may be attributed in part to heavy snowfall, with associated road closures, and the slow recovery of the Italian economy.

Rail now has a 67.5% share of the Swiss transalpine freight market, its highest share since the Swiss government introduced its performance-related heavy vehicle fee (LSVA) for lorries in 2001.