SWISS intermodal operator Ralpin recorded a 1.1% increase in the number of lorries carried on its Transalpine rolling road services last year, according to figures released on January 8. 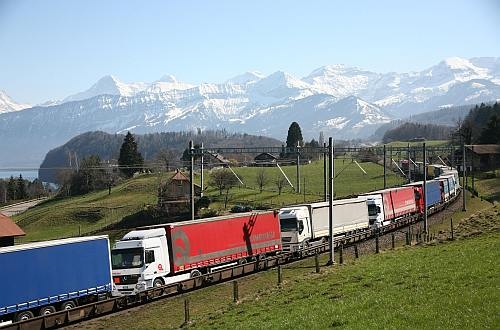 Ralpin transported a total of 110,000 lorries during 2014 – 93,300 of them on its services from Freiburg-im-Breisgau, Germany, to Novara in northern Italy.

Traffic increased despite land slips in the Alps caused by bad weather which led to the cancellation of 120 trains. Restrictions are expected to continue until next month.

Ralpin says that with high and stable demand it is achieving average capacity utilisation of 87%.

Ralpin is a joint venture between BLS, Hupac, SBB Cargo, and Trenitalia.