BRITISH construction materials supplier Tarmac has awarded five-year contracts to four rail freight operators as it seeks to increase the volume of aggregate and other materials it moves by rail. 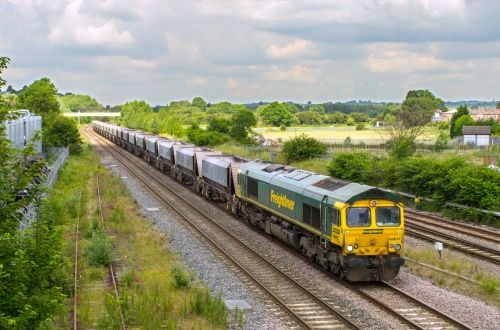 Under the new contracts, Colas Rail will operate cement trains from Oxwellmains cement works, which is situated east of Edinburgh at the northern end of the East Coast Main Line. GB Railfreight will operate aggregate trains from Swinden, Thrislington and Dry Rigg quarries in northern England, while Freightliner has been awarded a contract for aggregates operations from Tunstead in central England.

DB Schenker Rail will operate trains from Mountsorrel quarry near Leicester as well as trains from terminals at Moreton-on-Lugg, Whatley, Telford, Port Talbot, and in the London area.

Tarmac currently moves around nine million tonnes of freight per year by rail but is looking to increase rail-borne volumes to meet its objective of reducing transport CO2 emissions by 10% per tonne by 2020.