TESTING commenced on Georgia's Akhalkalaki - Kartsakhi standard-gauge section of the Baku - Tblisi - Kars (BTK) railway on December 30, a key milestone in the much-delayed project which is described by Georgian officials as the "new silk road." 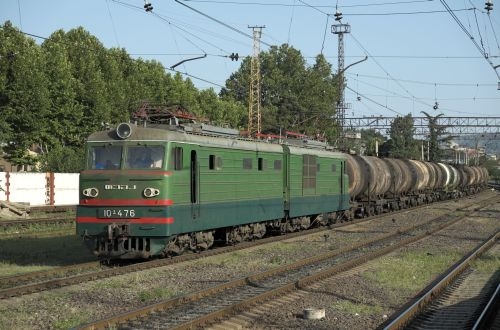 A post on the Azerbaijan Transport Ministry website reports that the test went well and the train reached the border station at Kartsakhi without any problems, demonstrating that the section is ready for regular traffic.

The complete 826km project involves both construction of a new 105km section, which in addition to the Akhalkalaki - Kartsakhi stretch also includes the Kartsakhi - Kars section in Turkey, and rehabilitation of existing infrastructure in Georgia and Azerbaijan. A gauge-changing station is also under construction in Akhalkalaki for the transfer of trains from 1520mm-gauge to 1435mm-gauge used in Turkey.

The entire route is expected to open in late 2015, five years later than planned. Georgian Railway's general director Mr Mamuka Bakhtadze told IRJ in July 2014 that the main hindrance to completion of the project has been the completion of a tunnel between Georgia and Turkey.

For more on Georgia's plans to develop its railway network, see the September 2014 edition of IRJ p105, or click here.