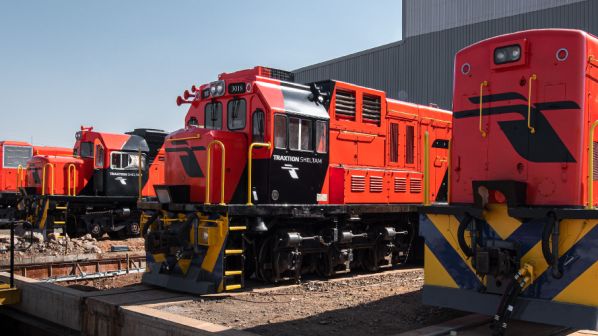 Traxtion Sheltam has successfully completed Stage 1 of the evaluation process for this route, which assessed its ability to operate on this section of the Transnet network.

The company will now be required to complete the rest of the application process, which includes meeting the requirements of the Rail Safety Regulator and other operational readiness requirements specified by Transnet.

Once Stage 2 has been completed, Traxtion Sheltam will enter into final negotiations with a view to commencing operation in the 2023-24 financial year.

Transnet reports that 19 potential bidders expressed interest the 16 paths that were offered to the private sector earlier this year. As well as in the Cape Corridor from Springfontein to East London, paths were offered in the Container Corridor from Durban to the City Deep terminal in Johannesburg.

By the close of the application process on August 31, Transnet had received applications from two companies expressing interest in the Container Corridor, with one also considering the Cape Corridor.

Transnet says that neither applicant met the Stage 1 evaluation criteria for the Container Corridor, where electric locomotives are required for freight operations.

The Cape Corridor application made by Traxtion Sheltam was successful, and it has now been conditionally awarded paths between Kroonstad and East London.

According to its CEO, Mr James Holley, the company is “extremely committed” to third-party access to unlock the freight potential of the South African rail network.

“There is a way to go before this becomes a reality but in principle we are looking forward to working with Transnet to achieve the goal of true private third-party access to the rail freight network,” Holley says.