Freight paths to be offered to private operators. 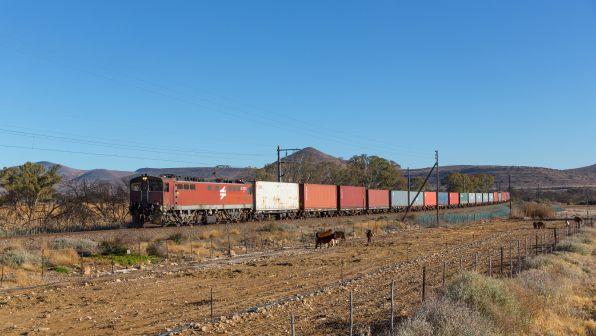 Godongwana was speaking as he published the second quarter report of Operation Vulindlela (OV), established in October 2020 by the presidency and national treasury to accelerate the implementation of structural reforms.

One of OV’s five key objectives is to provide competitive and efficient freight transport for South Africa.

The minister said that the country had experienced significant challenges with both its rail and port infrastructure, the result of “security issues, inadequate investment in equipment, procurement processes that were tainted by state capture, and poor operational performance.”

“However, Transnet is steadily improving its performance and has made progress in improving its financial position to enable greater investment going forward,” Godongwana says.

A request for proposals will be issued to the private sector this month in respect of 16 train paths that Transnet is making available between Durban and the City Deep terminal in Johannesburg, and on the route from Pretoria to East London.

“It is important to recognise that this is only the first step in enabling third-party access to the rail freight network,” Godongwana says.

Expected to enter law in the coming months, the Economic Regulation of Transport Bill will establish an independent Transport Economic Regulator to oversee non-discriminatory access to the Transnet network beyond these initial paths.

Rail infrastructure will remain state-owned, while these reforms are intended to encourage and enable competition in freight operations to improve efficiency and leverage private-sector investment.

“During the next quarter, we will prioritise reforms in the transport sector with the same degree of urgency with which we have responded to the energy crisis during the previous quarter,” Godongwana says.