TRANSNET Freight Rail (TFR) reported revenues of Rand 50.2bn ($US 4.99bn) for the year ending March 2013, a 9.4% increase year-on-year as the company breached the Rand 50bn mark for the first time. 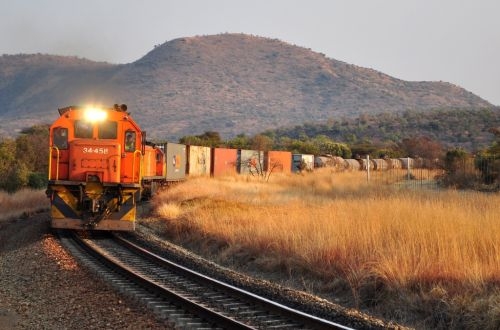 The result comes despite difficult economic conditions in South Africa. The economy grew by less than 2% for much of the year which Transnet CEO Mr Brian Molefe says dampened demand. However, the company's strategy to attract more container freight to rail softened the effect of lower than expected coal exports as container and car volumes increased by 21.6% and Transnet set an overall record of 207.7 million tonnes.

Molefe says the company's rail business investment strategy helped overcome this decline in demand for coal. Despite warning that weak economic growth could force the company to scale back its ambitious investment programme, Transnet invested Rand 27.5bn in 2012 on capital investment, the largest amount ever in a single year. This formed part of the group's market demand strategy programme, which in 2012 was worth Rand 301bn, with about Rand 200bn dedicated to increasing rail capacity.

Molefe said on June 27 that the seven-year investment programme unveiled in 2012 has been rolled over and an additional Rand 27bn added to the programme which now totals Rand 307.5bn.