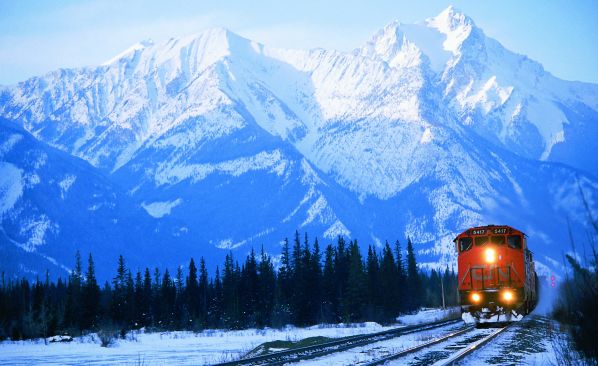 Following consultation with Canada’s largest railways to further assess the causes of recent derailments, Transport Canada has introduced a more targeted approach to safety from February 16 until April 1. This applies to key trains with 20 or more wagons containing dangerous goods or a train carrying one or more wagons containing toxic inhalation gas. Higher risk key trains are unit trains of tank wagons loaded with a single dangerous commodity moving to the same destination or trains which include any combination of 80 or more tank wagons containing dangerous goods.

CN says it welcomes the change because the previous speed restrictions reduced at least a third of CN’s overall network capacity for all trains, even those not carrying dangerous goods. CN says the vast majority of its network has automatic signalling, so most trains will be able to run at higher speeds.

“We are committed to working over the next several weeks with Transport Canada on recommendations to increase overall safety by reducing derailments” says Mr J J Ruest, CN’s president and CEO.

Referring to the blockades of large parts of the CN network in protest against the construction of a gas pipeline in British Columbia, Ruest said: “Today's ruling will allow us to use our capacity to recover in the Western region as we resume the delivery of our customers’ goods. We will implement a similar recovery plan across our Eastern region when all the blockades are fully ended, including the one in Belleville, Ontario, which is into its 10th day.”