A consortium consisting Gülermak Heavy Industry Construction and Alsim Alarko Industrial Plants & Trading has been awarded a contract to modernise a 200km stretch of mainline between Istanbul and the Bulgarian border, Turkey’s only rail connection with the European rail network. 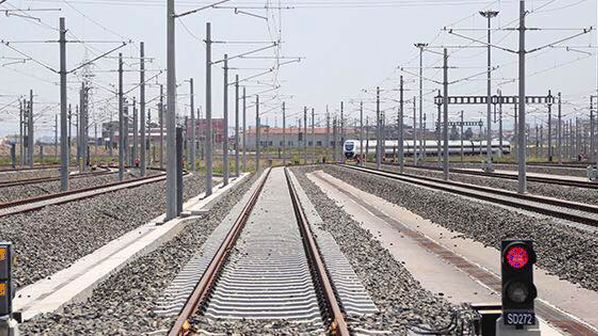 The consortium submitted a bid of Lira 4.89bn ($US 924.9m), the lowest of six bids for the contracts which covers the dismantling and removal of the existing line between Cerkezkoy and Kapikule, and construction of a new double-track line with a maximum speed of 200km/h.

The consortium will also be responsible for the construction of ancillary buildings, remodelling work at Cerkezkoy and Kapikule stations, and the design and construction of two road viaducts, five overpasses, two underpasses, six culverts and six retaining walls. It also covers enhancements at the border station of Edirne, including the installation of a pedestrian walkway. Construction work is scheduled to start in early 2019, although no completion date has been announced.

The Cerkezkoy - Kapikule route passes through Corlu, where an embankment collapse in July caused the derailment of a local train resulting in the deaths of 24 passengers and injuries to 361.

The project is being partly funded through a Lira 327m contribution from the European Union’s Instrument for Pre-Accession Assistance budget for Turkey for 2014-2020. Once the upgrading programme and the surface works for the Marmaray project have been completed, Turkey will have a direct rail connection between its eastern and western borders.

For more information on projects around the world, subscribe to IRJ Pro.