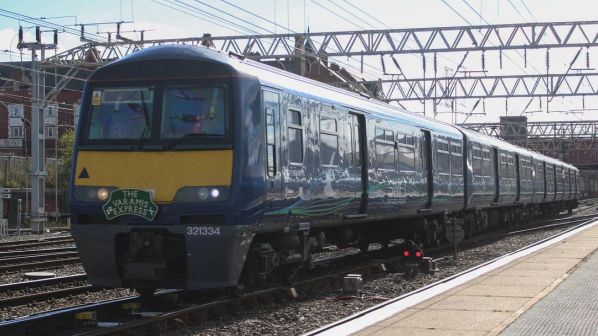 The service was launched on January 9 and will run from Monday to Friday between Birmingham International station and Mossend Down Yard, near Glasgow, taking just under 5 hours each way.

Varamis is using four-car EMUs which Eversholt Rail has converted for parcels and goods transport. The company says the new service aims to help third-party delivery companies to be more environmentally friendly by replacing road haulage with use of the electrified rail network between the English Midlands and Scottish Central Belt and major distribution centres.

The launch followed trial operations of the service carried out from October 2022 in conjunction with Steer Consultancy to test robustness, practicalities and logistics. There are hopes that the service will be of wider benefit to the British rail industry in the future by providing an example of best practice.

“The increase in online shopping and home deliveries over recent years has accelerated the demand to find a more environmentally friendly solution to moving our parcels, products, or light goods around the UK; one solution is the electrified rail network,” says Varamis Rail managing director, Mr Phil Read.”

Varamis Rail first proposed introducing a carbon-neutral express parcels service using a former passenger train converted to parcels use in March 2020 (LINK to IRJ March 18, 2020, story). Those early plans proposed operating on the East Coast Main Line between London and Newcastle, with the possibility of extending it later to Edinburgh and Glasgow.