VDV says current growth is not enough to achieve the targets set for 2030 but hopeful objective can be reached. 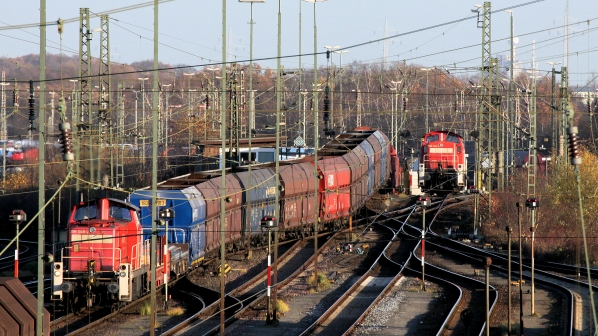 THE Association of German Transport Companies (VDV) has warned that planned infrastructure works, rising energy prices and a shortage of skilled workers will affect rail freight’s chance of meeting its environmental and growth targets for 2030.

VDV published a report on March 2 stating that a target of 25% market share for rail freight by 2030 was very ambitious but also realistic.

VDV general manager, Mr Oliver Wolff, speaking in Berlin on March 2, said that rail freight had come through the Covid-19 crisis relatively unscathed so far and that the industry is reporting better numbers than before the pandemic. “Nevertheless, these are still not enough for the necessary growth and for achieving the climate protection goals for 2030,” Wolff said.

He warned that rail freight companies are also becoming increasingly concerned about performance, including the increasing number of infrastructure projects on the German rail network which could have a massive impact on punctuality and reliability.

Wolff also highlighted the impact of rising electricity and diesel prices. “This development will affect everyone equally, but we have to be very concerned about individual railway companies in all areas,” he said. Wolff suggested that the federal government should consider continuing the train path price promotion for long-distance travel which is currently benefitting from around a 50% discount as “Corona aid”.

Wolff added that operators are continuing to experience the well-publicised shortage of drivers as well as a lack of personnel working in IT and commercial areas.