SNCF Geodis subsidiary Viia formally presented its Viia Transhelvetica project for the transalpine transport of semi-trailers via the Gotthard line to the Swiss Federal Transport Office (BAV) in Bern on August 14. 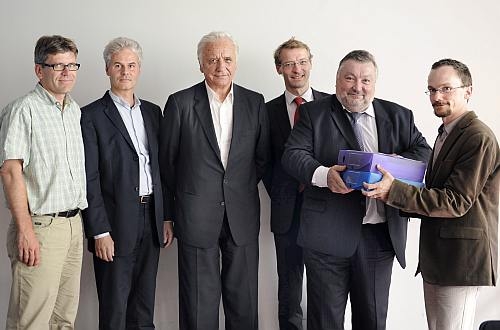 The aim is to provide a transalpine service for non-cranable semi-trailers with a corner height of 4m – about 90% of the market - using the newly-developed Modalohr UIC type wagon, which allows such trailers to be transported on Swiss routes normally cleared for a maximum corner height of only 3.84m. The new service will link two German terminals – one in the Ruhr area and the other at Lahr on the Karlsruhe – Basle line – with Chiasso on the Swiss-Italian border.

"When our project is realised it will be possible to shift about another 100,000 semi-trailers from road to rail as soon as 2015, before the new Gotthard Base Tunnel opens," says Mr Thierry Le Guilloux, president of Viia. "That is about 20% of the semi-trailer transit market on this axis."