Access to new markets and expansion in existing areas of operation key to VLI ambitions. 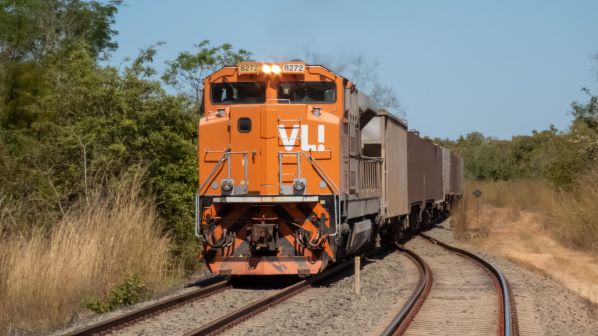 VLI Multimodal has applied to build more than 1000km of new railway in central Brazil across four lines in a Reais 15bn ($US 2.68bn) investment.

The plans will allow VLI to prioritise the Arco Norte area of the country, enter new markets and expand in areas it already serves. VLI president, Mr Ernesto Pousada, says the investment will be carried out over the next decade.

The longest line is from Água Boa - Lucas do Rio Verde, in Mato Grosso which would be 508km. A second 276km line would connect Chaveslândia, in western Minas Gerais on the border with Goiás, east to Uberlândia. These plans are being challenged by Rumo, which is contesting the bill that currently gives priority to whichever company requests authorisation first for the Água Boa - Lucas do Rio Verde section.

Pousada says Arco Norte represents a huge opportunity for VLI. “We are already at the Port of Itaqui (in São Luís), operating freight trains from our stretch on the North-South Line and passing through Estrada de Carajás, owned by Vale,” he says. On the Água Boa - Lucas do Rio Verde section, Pousada believes VLI would have access to transport between 20 million and 30 million tonnes of grain per harvest. This stretch would connect to the Midwest Integration Railway (Fico), which operates from Água Boa to a point on the north-south network.

On the line linking Chaveslândia with Uberlândia, VLI believes it can access a market with the potential to transport 10 million to 15 million tonnes of grain produced in Goiás destined for Espirito Santo port of Vitória or Santos.

The other two lines are a 230km section from Balsas northwest to Porto Franco in Maranhão and a 9km line in Baixada Santista, which will connect the Perequê region to the Tiplam port terminal, in Cubatão.

Brazil’s National Land Transport Agency (ANTT) and Ministry of Infrastructure (Minfra) have begun analysing the applications. Once that is complete, ANTT will send its decision to Minfra, which will analyse this before making a final decision on which company can take its plans forward.