THE Chinese city of Wuhan, the epicentre of the coronavirus outbreak, resumed partial operation of its six-line metro network on March 28 while mainline and high-speed trains are also stopping at Wuchang station for the first time since the city was locked down on January 23. 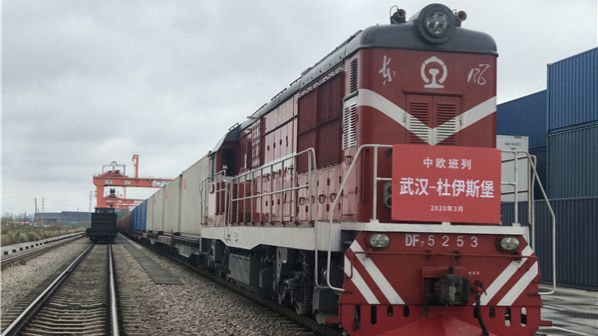 Passengers must wear a mask when travelling and are required to scan health QR codes via a smartphone app when entering stations and when leaving trains. Passengers register their name in the app so that it is possible to trace travel histories and contact passengers if an outbreak is detected.

Measures remain in place to distance passengers from one another at metro stations and onboard trains where passengers are required to sit with a spare seat between themselves and the next passenger. Security personnel are present on every train to guide passengers and ensure the protocol is followed.

Passenger temperatures are also being recorded at security check areas at stations, with Wuhan Metro installing 200 infrared intelligent temperature monitoring systems at the 182 stations that have reopened initially across the network. Those with a normal temperature are allowed to continue while those with a fever are subject to a further temperature check and even quarantine.

The metro reportedly transported 183,200 passengers on March 28, around 5% of the figure of a year ago. Meanwhile construction on the city’s 12 metro projects resumed on March 30

Around 12,000 people returned to the city as high-speed and mainline rail services resumed on March 28, but only to set down passengers in Wuhan. Many of the first passengers were people left stranded elsewhere in China after the city stopped accepting trains around two months ago. Passengers will be able to board high-speed and mainline trains departing Wuhan from April 8 onwards.

In addition, the first freight service for Europe to leave Wuhan since the city was locked down departed the yard at Alashankou at 10.00 on March 28, bound for Duisburg, Germany.

The intermodal train consists of 50 TEUs and is scheduled to arrive on April 12. Around 90% of the goods which the train is transporting have been produced by local companies. Among these are 166.4 tonnes of supplies in 19 containers, or 38% of the total train's load, intended to support the efforts to curb the pandemic in Europe, including clothing for medical workers.

The train is also transporting auto parts, electronic goods, fibreoptics telecommunication cables and supplies for the Hungary - Serbia railway project. These goods will be distributed to customers in Germany, France, Hungary, Czech Republic, and Poland upon arriving in Europe.

Wuhan has reported just one coronavirus case since March 18 and the city’s coronavirus risk evaluation has now been downgraded from high to medium risk.