ZSSK Cargo records profit in first half of 2016 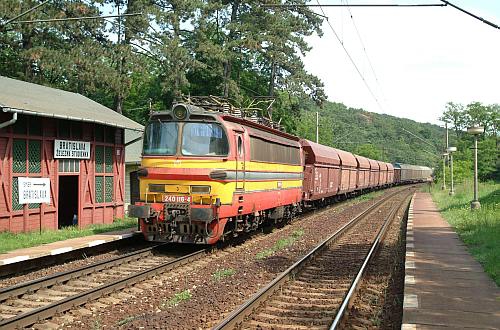 The operating profit exceeded the plan by €1m but declined €1.5m compared with the first half of 2015. Operating revenues are 6% lower than forecast and 9% lower than the year before.

The transport revenue plan was unsuccessful, being 10% down on the target.

ZSSK Cargo says it is looking to preserve the decline by implementing more efficient wagon management, greater proceeds from leases and sales of its assets, and more revenue from other operating activities.

Savings were made in operating expenses which are 7% lower than planned, but the greatest savings were achieved in motive power and rolling stock and in railway infrastructure charges.

The volume of goods transported during the first half of the year was 16.9 million tonnes, 878,000 tonnes below forecast, and the greatest declines were recorded in the transport of iron-ore, building materials and combined transport.

ZSSK Cargo believes that it will fulfil its planned goals by the end of the year.