SLOVAKIAN railfreight operator ZSSK Cargo has sold its fleet of 12,342 wagons to a newly-formed joint venture company under a sale-and-lease-back agreement signed on March 5. 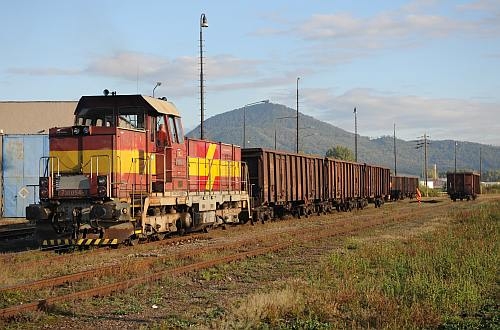 ZSSK Cargo will retain a 34% stake in Cargo Wagon, while wagon leasing company AAE (which was acquired by VTG earlier this year) and a group of investors will hold the remaining 66% stake. The parties are jointly investing €7m in the equity of the company. Cargo Wagon will also receive additional funds from an international banking syndicate.

As part of the deal, which is still subject to approval by competition authorities, the two sides signed a shareholder agreement governing the relationship between AAE and ZSSK Cargo.

Following regulatory approval, which is expected by May, ZSSK Cargo's wagon fleet will pass to Cargo Wagon, which will lease back 8216 vehicles. ZSSK Cargo will receive €216.6m for the sale of the fleet, which will be used to reduce the operator's debts.

The Slovakian Ministry of Transport launched an international tender in October 2013 seeking a strategic partner for ZSSK Cargo's wagon fleet.