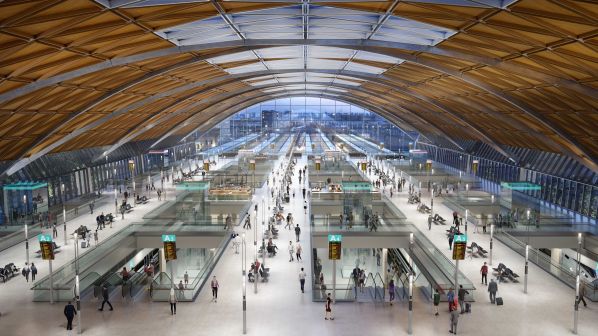 This is the first phase of a 338km Y-shaped high-speed network that will link London with central and northern England. The line will serve new stations at Birmingham Interchange and Curzon Street (pictured) with a link to the West Coast Main Line near Lichfield. The line will begin at London Euston, which will undergo major reconstruction as part of the project, and run in bored tunnels beneath London’s western suburbs. It is expected to cut the journey time between London and Birmingham from 1h 22min to 49 minutes. Services will be operated by a fleet of 60 high-speed trains. The contract to supply and maintain the fleet, which is worth an estimated £2.75bn, is due to be awarded by the end of the year.

Indonesia’s first mass rapid transit (MRT) rail system is on track to open in March, with Indonesian and Japanese contractors on the verge of completion. It has taken five years to construct and caused chaos with the city’s already heavy traffic. The line will provide 170,000 passengers the opportunity to avoid the capital’s giant traffic jams. Jakarta plans to expand its MRT network to eventually cover 108km by 2030.

The trillion Roubles line will be the first segment of an ambitious transnational high-speed railway set to connect Moscow with Beijing. The construction agreement covering the first section was announced in October and calls for work to begin on the 301km alignment between Zheleznodorozhny 21km east of Moscow, and Gorokhovets. The line is being developed as a public-private partnership involving Russian Railways (RZD) with Chinese backers.

The initial phase of a Y-shaped network that will link Stockholm with Jönköping, Gothenburg, and Malmö. The line is expected to have an operating speed of 320km/h, reducing the 1h 40min Stockholm - Linköping journey time to under one hour. A total of 27 tunnels with a combined length of 20km will be required for the project.

The Saudi capital’s metro system will consist of six fully automated lines totalling 176km and serving 85 stations. The system has been built in anticipation of Riyadh’s population growth, which is expected to pass 8 million in the next 10 years, and will become the foundation of the city’s transport system, while integrating with an 85km BRT network. Dynamic testing began in April 2018, when an Alstom metropolis train (pictured) ran under its own power on a short section of the Purple Line. The first sections are due to open this year and the network will be fully operational by 2021. A contract to extend the Yellow Line to King Khalid International Airport was awarded in October 2018. 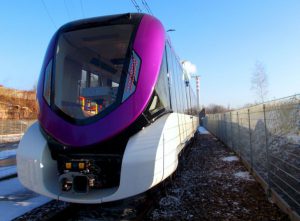 The project will unlock a bottleneck at the core of the Brisbane’s transport network, providing a frequent service and improved integration with other transport systems. The line will run from Dutton Park to the east of Bowen Hills and involves a 5.9km tunnel under the Brisbane River and city centre, together with the construction of five stations.

This huge project will connect Golmud in Qinghai province with Korla in Xinjiang autonomous region, linking the Qinghai - Tibet railway with the Southern Xinjiang railway. Works began in 2014 and are expected to conclude in the next 12 months. The project includes a 24.6km bridge over Taitema Lake to avoid harming the fragile ecology and the 13.1km Altyn-Tagh tunnel. The travel time between the two cities will be reduced from 26 to 12 hours.

Billed as one of the most important infrastructure projects in Ecuador’s history, Quito Line 1 will be the country’s first metro. The 22.5km line will serve 15 stations with a forecast ridership of around 378,000 passengers per day. The project is expected to create 5000 direct jobs, according to the World Bank. Line 1 is due to open in July, and three more lines are proposed.

A European Union and Trans-European Transport Networks (TEN-T) priority project, Rail Baltica will connect the Baltic States with the European standard-gauge network for the first time. The EU will fund 85% of the project, which is forecast to bring significant socio-economic benefits to the region, estimated by Ernst & Young to be valued at €16.22bn. 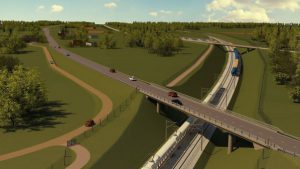 The project that will offer an alternative way for Texans to travel between their two largest cities could enter construction this year. The line was first announced in 2012 and trains will travel at speeds of up to 330km/h. Hopes of starting construction in 2016 were pushed back for numerous reasons. However, the project has been gathering momentum through 2018, and in September a $US 300m loan was secured from two Japanese entities. Texas Central officials have said that 2019 is the target date for the start of construction. The project is expected to benefit 50,000 passengers and provide 10,000 direct jobs for each year under construction.

The 66.2km line will improve transport links between the east and west of Dongguan. The line includes a 12km underground section and will serve 25 stations, four of which will be interchanges. The project will be developed in two phases, with the first 52.1km section running from Dongguan East station to Changan New District South station with 19 stations. Both stages will open by 2024.

The fourth stage of the capital’s metro network has been approved and is set to increase the existing 317km network by a further 110km, adding six new lines. The new phase is expected to add 1.5 million daily passengers to the system’s ridership and connect the capital with outlying regions, including Meerut. Construction was expected to begin in 2017 but due to delays in gaining approvals from Delhi’s government the project was pushed back and work will now begin in 2019.

The high-speed line will connect Bangkok and Padang Besar at the Malay border. State Railway of Thailand (SRT) and the Ministry of Transport (MoT) of Malaysia are jointly undertaking the construction of the line. Trains will operate at up to 250km/h on the 982km. However, the project is still in its early stages of development and is expected to be completed by 2029. Thailand plans to build up to 2506km of high-speed railways between the capital and the northern and southern regions by 2036. The plan is set to cost over Baht 1.5 trillion ($US 47bn). High-speed services will run into Bangkok’s new main station at Bang Sue (pictured), which is currently under construction. 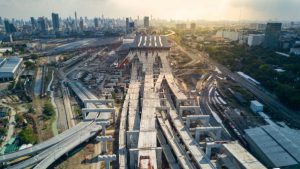 The world’s longest coal line will connect the ‘golden triangle’ region with central China, offering a transport capacity of more than 200 million tonnes per year. The line passes through seven provinces from Inner Mongolia to Jiangxi province, almost spanning the entire length of the country. The project includes construction of a 22.8km tunnel in Henan.

Macau’s fully-automated light metro will run on rubber tyres and has been under construction since 2012. Once completed it will serve Taipa, Macao Peninsula and Cotai. The opening date is still unclear although it is likely to be commissioned in 2019. A second phase is planned and the network could be extended to five lines in the longer-term.

The Shatin to Central link is an expansion of Hong Kong’s MTR metro network. The city’s costliest project has been plagued with scandals and deception, and is likely to be delayed over safety concerns. Three non-compliance reports were issued to the contractor Leighton Contractors (Asia) in August and police have been called to investigate the huge discrepancies and conflicting reports on the work at Hung Hom station. The project was initially scheduled to open in mid-2019 but is “very likely” to be further delayed according to the secretary for transport and housing, Mr Frank Chan.

The project is set to be commissioned by the end of the year, with most civil works on the line already completed. The 406km line encompasses many bridges and viaducts and a total of 50km of tunnels and trains will travel at speeds up to 300km/h. The new alignment will reduce the distance between the two cities from 603km to 405km and the journey time from 12 to 2 hours.

Denmark’s first high-speed line is set to open in May and a new Danish rail speed record of 255.2km/h was set during testing on November 6 2018. Up to 24 trains per hour will operate on the double-track line at speeds of up to 250km/h. The line will relieve congestion and the bottleneck between Copenhagen and Ringsted. The decision to construct the line prompted the adoption of the ‘one-hour target,’ to reduce journey times between Denmark’s largest cities to one hour. 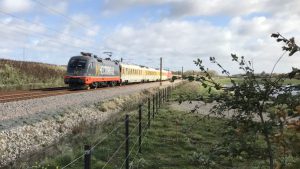 Construction of the Alexandria - Aswan HSL is due to begin this year. The 900km line will follow the Nile and connect Alexandria, Cairo and Aswan. Phase 1 will run from Alexandria to Cairo and is estimated to cost €2.4bn including rolling stock.