5G will revolutionise telecommunications generally, and for the rail industry 5G will be at the heart of Future Railway Mobile Communications System (FRMCS), the successor to GSM-R. As Jochen Apel, global head of transportation with Nokia Enterprise explains, 5G is also an enabler for ATO. 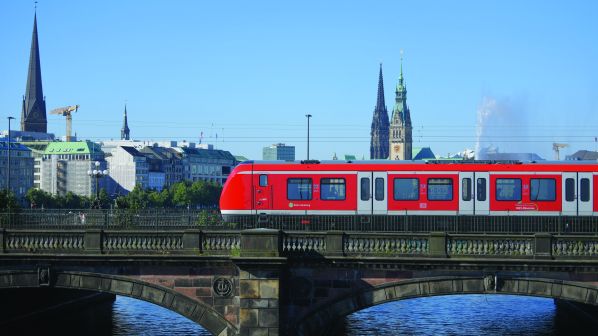 FOR almost two decades, the rail industry has acted in unison regarding the GSM-R communications standard. It has proven to be a cross-industry success story with GSM-R now in use in 38 countries worldwide.

However, the ‘basic’ mobile technology that underpinned GSM-R’s introduction back in 2000 has moved apace, particularly regarding its ability to transport data and multimedia information.

As we have moved from generation to generation in mobile standards, asset-intensive industries such as railways are increasingly looking at the opportunities created by mobile broadband as an enabler of their digital transformation. With this goal in mind, the railway industry is now actively developing the Future Railway Mobile Communications System (FRMCS) to replace GSM-R as soon as 2025.

The proof-of-concept will test whether 5G technology is mature enough to be used as the connectivity layer for future, digitalised rail operation.

Featuring super-fast speeds, ultra-low latency and multiple simultaneous connections via Massive Mimo*, 5G is an obvious candidate to play a central role in the new standard. With the technical scope to deliver a range of efficiency, cost effectiveness, productivity and security benefits, 5G’s core attributes provide the gateway to IoT sensor technologies, CCTV, high-definition video, machine-to-machine communications and advanced train control systems. Attributes that have led the International Union of Railways (UIC) and the European Union Agency for Railways (ERA) to indicate a preference for 5G as the technology underpinning FRMCS.

Nokia has been involved in the development of mobile communications for the railway industry for more than 30 years. It contributed to the GSM-R standard; so, it is a natural progression for it to become involved in the evolution of FRMCS. Central to this is ongoing work with rail operators in early trials of 5G-based FRMCS proof of concepts, trials and early implementations.

For example, Nokia is working with German Rail (DB) to deliver the world’s first standalone 5G system for automatic train operation in Hamburg as part of DB’s highly automated S-Bahn operation project. The proof-of-concept will test whether 5G technology is mature enough to be used as the connectivity layer for future, digitalised rail operation.

As part of the Digital S-Bahn Hamburg project, automatic train operation with train drivers onboard who maintain responsibility for safety, is expected to be operational by 2021. Part of the demonstration will include fully driverless shunting of empty trains in an area near Bergedorf station, based on the transmission of train control information over the 5G network.

In France, Nokia is collaborating with French National Railways (SNCF) to create a 5G Lab that explores a range of rail and non-rail use cases. In this project, SNCF will evaluate FRMCS applications both in the lab and in the field, which will help facilitate 5G adoption and prepare for the transition to FRMCS. France’s infrastructure manager, SNCF Network, which is responsible for signalling, has also joined forces with SNCF Innovation and Research to explore and analyse 5G’s potential.

Important work also needs to take place on frequency definition for FRMCS. To this end, Nokia has recently completed a proof of concept trial with Swiss Federal Railways (SBB) carrying out LTE 1900MHz Time Division Duplex (TDD) radio frequency testing in the cantons of Fribourg and Neuchâtel. Central to SBB’s SmartRail 4.0 initiative, FRMCS will help SBB deliver new levels of productivity and service efficiency, such as improving the capacity of its existing track.

From a Nokia perspective, we will continue to participate in new initiatives with rail operators that will help to build the foundation for 5G deployment within FRMCS.

At the technical end of things, active participation in standards bodies such as 3GPP (third Generation Partnership Project), the European Telecommunications Standards Institute (ETSI), the European Conference of Postal and Telecommunications Administrations-Electronic Communications Committee (CEPT-ECC) and ERA is somewhat less glamorous, but an essential part of the equation to deliver a resilient, effective and future-proofed standard.

At this point, it is worth highlighting that in its own way, 5G is an evolving standard. 3GPP is the overarching body responsible for driving the 5G specification, which it does via a series of planned releases. These releases provide developers with a stable platform for the design and implementation of technical features at a given point in time, but which also allow for the addition of new functionality in subsequent releases.

3GPP Release 16, which was delayed by three months due to Covid-19 and is now due in mid-2020, will address a package of technical standard specifications for mission critical communications across public safety, civil defence and, relevant here, for railways within FRMCS.

However, the road to FRMCS implementation is not without challenges.

With support for GSM-R due to cease in 2030, a 5G-based FRMCS system will need to operate with and alongside GSM-R for years. This requires deep understanding of both GSM-R and FRMCS functionality to ensure service integration and continued reliable communications.

This will create a situation where a huge variety of on-board systems are deployed simultaneously. There will be pure GSM-R, pure FRMCS and a mixture of each. And, with one eye on cost, many parts of GSM-R systems will be re-deployed within a 5G FRMCS environment.

In turn, this creates a skills availability question. Major rail operators already face challenges around sourcing the necessary skills to manage migration and run both networks in parallel. For these operators, the main priority for a smooth migration is technical capability, with an urgent need for experienced people who know GSM-R and FRMCS/5G intimately.

From a Nokia perspective, we will continue to participate in new initiatives with rail operators that will help to build the foundation for 5G deployment within FRMCS. In doing so, a range of new, innovative use cases will come onstream.

These will reflect that 5G has been specifically designed to address industrial use cases, especially with a focus on automation and IoT sensors, which will comprise the focus of near horizon projects. Sensors provide embedded intelligence that will play a key role in the maintenance of trackside and rolling stock resources, creating the possibility of predictive maintenance, which will increase the availability and productivity of rail assets.

5G’s higher bandwidth will also enable greater use of high-quality video for security, enhanced communications between operating personnel, improved situational awareness during emergencies, aerial inspections, and a host of other data-hungry applications.

Beyond its obvious suitability for FRMCS, 5G will play a larger role as the connectivity platform for all aspects of rail services, as operators digitally transform and address future passenger and freight demands.
So, as we move to establish 5G within FRMCS, we can carry forward many of the lessons learned in the creation of the enduringly successful GSM-R, which was also the outcome of much industry-wide collaboration, trial and improvement.

*Massive Mimo technology is a core component of 5G and is a wireless network that allows more than one data signal to be transmitted and received simultaneously over the same radio channel. Standard Mimo networks typically use two or four antennae, while Massive Mimo has multiple antennae.