MaaS appeal, the near or distant future of urban transport?

Ticket vending machines get a new lease of life

A smarter successor to paper ticketing

Mobile phone ticketing is projected to expand greatly over the next few years. Kamran Yazdanjoo, director of open payments at Cubic Transportation Systems, considers the advantages of this technology and its impact on passengers using future transit services. 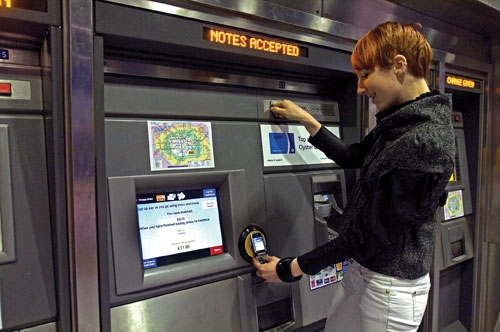 THE rapid development of smart, feature-rich mobile phones over the past 10 years is changing the way we view and do everyday tasks. What was once a device used solely to make phone calls is now being used for countless activities; from offering up-to-the-minute weather updates, to live news feeds and videos, and providing tickets for entertainment and public transport.

Such is the growing use of these devices that half a billion people are expected to use smart phones as travel tickets on metros, light rail and buses by 2015. And with recent developments in mobile technologies that are facilitating these services such as mobile banking, Near Field Communications (NFC), Bluetooth and General Packet Radio Service (GPRS), even more convenient ways for customers to purchase tickets are being rolled out.

Mobile ticketing is a prime example of a horizontal telecommunication convergence that relies on NFC, a set of short-range wireless technologies which beam and receive information at a distance of up to 10cm.

NFC-enabled mobile phones contain a chip that allows the phone to store securely a payment application and the user's bank account information. These types of mobile phones transmit the consumer's payment account information to the point-of-sale (POS) terminal via a radio frequency using the ISO-IEC 14443 standard protocol, which is also used by contactless bank cards. Of course mobile payments made in this way are only possible in POS readers that accept contactless credit and debit card transactions.

NFC technology has existed for almost a decade with London's Oyster card ticketing system was one of the earliest advocates of NFC technology in transport. However, it wasn't until recently that banks and mobile phone operators began to embrace the technology as a mainstream market opportunity.

To support payment on mobile devices, companies implementing the technology require a variety of systems including fare verification, fare payment, personal account maintenance, access control, operational management, data acquisition and mobile ticketing. While validating mobile tickets does not require a connection with a back office system, other forms of mobile ticket systems contact a server which verifies the ticket and records that it has been used.

Systems which use encrypted data within barcodes can support off-line scanning and validation. This is particularly important if users are purchasing tickets immediately before use, and because portable venue or on-vehicle scanning devices do not always have a connection to the live ticket database. Many transport ticketing systems, such as the Oyster card, are designed so that scanners can continue to function autonomously when a connection to the central system is not available.

For suppliers such as train operating companies, mobile phone ticketing reduces production and distribution costs associated with traditional paper-based ticketing channels. There is also a notable increase in customer convenience as mobile ticketing solutions provide a simpler, time-saving ticket purchase method. Other benefits to the operator include a potential increase in revenue due to improvements in ticket accessibility as well as reduced infrastructure costs.

In addition, the system is extremely simple for consumers. For example in the case of prepaid mobile NFC systems, passengers top up a certain amount on their phone and then swipe the phone over the payment reader deducting funds securely from their account, negating the need to queue during peak hours for traditional paper tickets.

Recently, Chicago Transit Authority announced that it will be implementing Cubic's open-fare payment system that will allow passengers to pay with mobile phones, prepaid cards, credit and debit cards. The system will be put in place by 2014, and once operational, will be the largest open-fare collection system in North America.

Chicago is following hot on the heels of London, where open fares will be introduced on bus networks early this year in time for the Olympics and later on London Underground, Docklands Light Rail, Croydon Tramlink, and London Overground.

As well as saving time at the station, these new systems can save passengers money by only charging the lowest possible fare for the journey they are undertaking.

On-demand information services associated with ticket purchasing applications can also inform passengers of delays in real-time, while the data retrieved from passenger journeys might be used for targeted promotions and special offers, enhancing their overall experience of public transport, and enabling operators to sell more tickets on off-peak services.

As the uptake of these systems increases, worldwide difficulties in retrieving tickets on unfamiliar transit systems will be eliminated.

Tourists and business travellers will no longer need to work out different ticketing structures for different cities. All systems will be ubiquitous, making the mobile phone or bank card their automatic ticket to ride the world over.