Big data culture an evolving strategy for IoT in rail

With the range of sensors and IoT solutions on the market growing exponentially, operators and infrastructure managers are gathering more data than ever. David Burroughs reports from Munich on how they are managing and using this increasing amount of data. 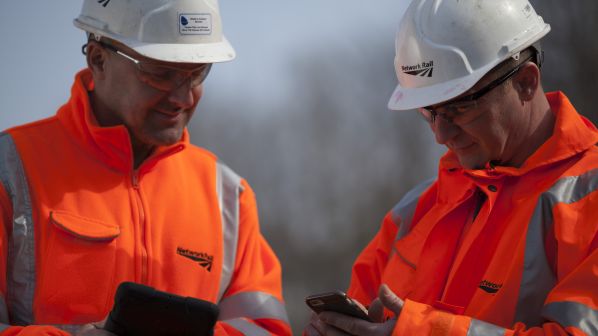 At Rotaia Media’s Rise of IoT and Big Data in Rail conference in Munich in May, experts from across the industry explained how they are using IoT on a daily basis.

THE use of data and analytics across the railway process has moved on from its infancy and become a fully-fledged facet of everyday operations. Armed with a better idea of how their systems work and the benefits of the technology, users and developers are now looking at ways they can refine, improve and further develop the processes to maximise the benefits of the data.

At Rotaia Media’s Rise of IoT and Big Data in Rail conference in Munich in May, experts from across the industry explained how they are using IoT on a daily basis. However, a strong theme running through the discussions was data management. While companies have been interested in gathering as much data as possible, they are now beginning to take a deeper look into what data they specifically need and how to cut through the “noise” to extract meaningful insights that could otherwise be lost.


A human is not capable of interpreting this data and therefore we need help from computing. Florian Auer

“I think we are not talking about data lakes anymore, we have data oceans at this moment,” explained Plasser & Theurer director of technology and innovation, Mr Florian Auer. “A human is not capable of interpreting this data and therefore we need help from computing such as deep learning and machine learning software to help us interpret the data and get useful data out of this.”

This was echoed by other speakers, who explained how they are switching from a “push to a pull” model of data collection - instead of pushing all sensor data into a data lake for sorting and analysis, it is instead pulled through when needed and useful, reducing the amount of work needed to generate meaningful insights.

Harvesting data without a clear view of how it will be used is a common problem, says Holland chief information officer, Mr Ken Faanes, who explained how he had attended a similar conference where the topic was discussed during a round table.

Collecting data is easy, but it can quickly become a junk box of data that is not useable. Ken Faanes, Holland

“Collecting data is easy, but it can quickly become a junk box of data that is not useable. I think the way to fix that is to get the big data scientists working with the business practitioners to really sort out what’s valuable and what’s not.

“They’re the only ones who can really help sort out that data to make sure you’re working with quality data because if you don’t have quality data it can lead to bad hypotheses and bad decisions.”

Mr Jørgen Torgersen, head of smart maintenance - switches and crossings for Norwegian infrastructure manager Bane Nor, encouraged operators to think of the wider picture and consider how the data could be used, including sharing it more openly.

“I think as infrastructure owners, we have a lot of data, but I understand more and more that universities and the public want to have some of this data,” he says. “I think we need to share more data publicly so we can industrialise machine learning and data intelligence.”

While gathering and analysing vital data is important, this work goes to waste if it is not acted upon. Railway engineers who have for years relied on tried-and-trusted methods of visual inspection can be sceptical of the validity of the technology and unwilling to rely on it.


While his role is to develop a strategy for the company’s digital analytics programme, it would not be effective if it wasn’t fully adopted by those implementing it on the ground. Paul Barnes

“We had a lot of success installing hardware and software to interpret what was happening with our assets,” he says. “What we didn’t do perhaps as much is work out how we were going to use that in the field.”

Barnes says that while his role is to develop a strategy for the company’s digital analytics programme, it would not be effective if it wasn’t fully adopted by those implementing it on the ground. As a result, NR is putting people at the top of its new strategy.

“We’re not going to do it unless we get the culture right and the transformation, then we can start tackling the standards, the way we monitor, the analytics and the planning,” he says. “But before we can even do that, we have to get our asset register and data architecture in order.”

NR has adopted a method of democratisation: a decision making process that involves a whole group of people making sense of the data, putting people in there and augmenting the intelligence from the hardware and the software.

“Finally you move to a point where safety, productivity and quality of work is better because you’ve engaged the people into planning,” Barnes says. “That’s the way in which the culture is accepting the strategy and using it.”

Speaking alongside Barnes, NR signal maintenance engineer, Ms Rhiannon Jones, told delegates that while the adoption of hardware and software had initially resulted in a reduction of service-affecting failures, this had since plateaued.


Even with machine learning and the trials we’re conducting, people still are key to making it a success.
Rhiannon Jones, Network Rail

“The next charge for us is how to overcome that plateau, and that’s where people come in. We have to utilise the people on the ground who must have the ability to use the tools,” says Jones, who works from the Leeds maintenance depot.

“Our next step as a maintenance depot is to incorporate this in our routine maintenance, rather than just reacting to alarms that we get from our data. We’re inundated with alarms and it just gets to the point where we’re saturated.”

The depot is now exploring what long term trends can be extracted from the data pool, and how the data generated by remote condition monitoring of infrastructure assets can be used to create strategies around topics such as component renewal.

“We looked at the root causes of failures and decided that instead of replacing an entire pump unit for a certain point we would start looking at the individual components,” Jones says. “And not only does this increase the reliability of the asset, because you’re only replacing one component, it reduces the lifecycle cost, which is a great benefit to any maintenance depot.

“We are now beginning to use more machine learning, and as that develops and as we develop, we’re hoping to get over the plateau. But even with machine learning and the trials we’re conducting, people are still key to making it a success by implementing what the machines are telling us.”

It is not just a culture change on the ground that is needed though. Those setting the direction at the top also need to create strategies that leave space and time for new technologies to develop and fail before they become viable.

During the development stage of its digital strategy, Swiss Federal Railways (SBB) launched and tested a large number of concepts before deciding which ones to further develop, explained SBB head of telecom technology, Mr Manuel Dietrich. But in order to get to that stage, the company had to accept that some projects would fail and others would be a cost case before they became a viable solution.

“We achieved a lot of very successful results from the proof of concepts, but many of the cases failed or were dropped because of the business case which was not obvious,” Dietrich says.

The key was to dream big but start small with projects that were more likely to yield results, which would then give managers and others more confidence to back bigger, more risky projects that could take more time to show results.


We achieved a lot of very successful results from the proof of concepts, but many of the cases failed or were dropped because of the business case which was not obvious. Manuel Dietrich, SBB

“To get confidence throughout the whole company we have to get success stories really quickly so that all the other cases can evolve slowly based on the first results that you can prove to the organisation and show that IoT is a success,” Dietrich says, adding that it was essential to learn how to “fail with pride” in order to create an atmosphere where innovation could flourish.

“I think we had a lot of failures, but the important thing here is that we need an open culture that accepts these failures and learns how to fail. The IoT cases will evolve. Initially, we just take it as a cost case and experiment. The business case will then evolve and will produce the results that we expect.”