Joubert Flores, president of ANPTrilhos, explains to Renata Passos how Brazil is hoping to overcome budgetary constraints by looking to private investors to finance freight and urban rail investments. 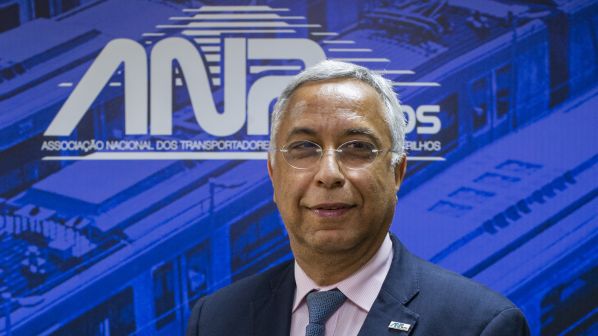 Joubert Flores, president of ANPTrilhos, talks to Renata Passos as Brazil looks to PPP for investment.

WITH a population of more than 209 million people, the fifth largest on the planet, Brazil faces major challenges when it comes to urban mobility. While about 80% of its population lives in cities, the country’s metro networks have a combined length of just 1105km according to data from the National Association of Passenger Rail Operators (ANPTrilhos). Creating and expanding passenger systems is one of the tasks of the new government, which from this month will begin managing the regional states, including many which are currently running a deficit.

“We have 25 metropolitan regions with more than one million inhabitants,” says Mr Joubert Flores, president of ANPTrilhos. “One way to solve this deficiency is to make existing projects priorities. Although the country suffers a large budget constraint, we suggest giving priority to these investments and, at the same time, creating regulatory and guarantee conditions that may make them more attractive to private capital.”

For Flores, private management also brings more flexibility. “Public administration is slower and has a number of rules that make activities more expensive,” he says. “An example is the labour issue, because it is almost impossible for a public company to dismiss an employee. Instead, operation could be delegated to the private sector.

“But the government cannot give up the responsibility for planning, organisation and choice of priorities. Despite having little money at the moment, mobility should be considered a constitutional right and solutions need to be found.”

Flores says new lines totalling more than 164km should be completed within the next five years, equivalent to 15% of the current network.

After years of delays, the expansion of the Salvador and Lauro de Freitas metro system in the state of Bahia was restarted following the release of a fresh tender and private support. Today, it has become one of the longest metro networks in the country.

Since the signing of a concession agreement for a public-private partnership (PPP) in 2013, Reais 5.8bn ($US 1.4m) has been invested in the system which has allowed work on lines 1 and 2, the refurbishment of six trains, the renovation and expansion of bus terminals and the purchase of 34 new trains, as well as the implementation of systems and the maintenance and operation of the metro.

“The development of the system was one of the fastest-built infrastructure projects in Latin America,” says the CEO of CCR Metrô Bahia, Mr Rodolfo Gonzalez. “In four years, the Bahia subway has reached 33km and entered the ranking of the five systems that expanded the most in the country in 2017. The system also accounted for almost 50% of the growth of Brazil’s passenger rail network, with the expansion of Line 2, an increase of 14.4km and the inauguration of eight stations in just one year.”

Now, the regional government of Bahia plans to extend Line 1 by 4.66km to Águas Claras/Cajazeiras, while a study into the extension of Line 2 to Lauro de Freitas station will be launched after the target of 6000 passengers at peak times for six consecutive months has been met.
Light rail is also gaining traction in the country, according to Flores. He cites the success of the project implemented in Rio de Janeiro, which in addition to creating a new means of transport also revitalised areas of the city that have been abandoned.

Future metro projects include the expansion of the Brasília metro; the implementation of the system in Curitiba, Paraná; new lines in Porto Alegre, Rio Grande do Sul, and Belo Horizonte, Minas Gerais; and the extension of Line 2 and the construction of Line 3 in Rio de Janeiro.
Flores says a study by the National Confederation of Transport (CNT) identified the need for 850km of new metro lines across all states, equivalent to an investment of Reais 160bn.

“Brazil is a potential market for investors because it is a continental country, which has a strong need for infrastructure, both for the movement of people and the transport of freight,” Flores says. “Brazil bet on road transport and we have nothing against it, but you have to have a balance between the modes.”

Flores also points out that it is necessary to consider the extremely low rate of accidents on metros. “In Brazil, about 50,000 people die each year in road traffic accidents - this is equivalent to a civil war,” he says. “In addition to the deaths, there are also expenses with hospital costs, days that the injured person is off work or the aid they receive from the government. With the reduction of these costs, it is possible to invest adequately.”