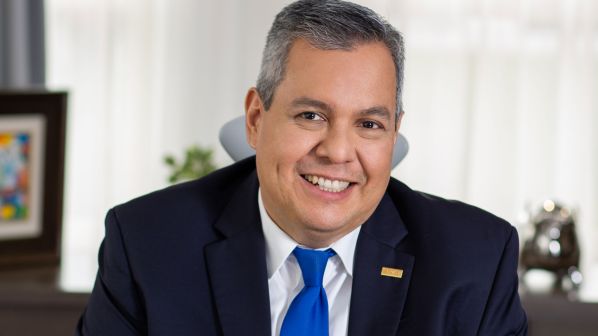 TRADITIONALLY a minor player in the world of railways, the landscape is changing in Central America. With cities choking with traffic and fumes, and enterprises seeking more efficient ways of moving raw materials and goods, governments across the region are looking to rail to ease the pressure.

Costa Rica is leading the charge. The San José electric train project to build a new 84km electrified railway comprising five lines in the Central Valley between Paraíso de Cartago, San José, Heredia and Alajuela is the centrepiece of its plans. Congressional approval is still pending on a $US 550m loan from the Central American Bank for Economic Integration (Cabei) for the $US 1.55bn project. But after the opposition switched its stance to back the project, the plan of current president, Mr Carlos Alvarado, who is not standing for re-election, for the scheme to pass to the next administration to commence work looks a likely outcome following national election votes in February and April.

National railway Incofer, which operates a limited 1067mm-gauge suburban service around San José, is administrating the project, which is now at the prequalification stage. However, this was paused in November after the comptroller general objected to the process with necessary evaluations and adjustments now underway, according to Incofer executive president, Ms Elizabeth Briceño. Companies from Spain, Korea and France have reportedly expressed interest in the contract, which could be signed by the end of the year.

That Costa Rica was able to reach this stage is no mean feat. It has taken strong political will from the Alvarado administration to advance the project as well as key financial support from sympathetic financiers. While established institutions such as the Inter-American Development Bank (IDB) reportedly passed on the chance to support the project, Cabei seized the opportunity, providing a $US 1.3m no-obligation contribution to meet the cost of the feasibility study, which has been conducted by Idom, Spain.

Cabei is an international multilateral development financial institution founded in 1960. It invests in projects in Central America that foster development to reduce poverty and inequality, strengthen regional integration as well as member’s economic activity in the global economy, with a special focus on environmental sustainability (see panel below).

The bank’s president, Dr Dante Mossi, says Cabei’s nimbleness and regional focus means it can see the potential of projects where other larger development banks might turn the other way.

The bank describes the Costa Rican railway project as one of its flagship initiatives and it has played a crucial role in building international interest.

Mossi reports on an initial due diligence trip to Spain for what he thought would be a low-key event with eight prospective suppliers, which actually attracted around 40, filling an auditorium. He says there were two questions from the meeting. His response to the first - what will happen if a Chinese company arrives to take over the project - was that they are entitled to participate, but that any bidder must meet high standards of quality and safety. However, if Costa Rica was to proceed with a Chinese partner, it was very unlikely that Cabei would remain involved because of Taiwan’s membership of the institution.

Secondly, they asked if Cabei was fully behind the project, which Mossi confirmed. He says this provided reassurance to prospective participants in a region where it is not always straightforward to work. “They see the double AA rating of Cabei as a presentation card,” Mossi says. “They know that they can work with us, and they can feel confident that they have a partner in the country.”

“If you don’t have a facility to prepare projects, these projects will remain as ideas.”

Subsequent trips to Korea to engage with suppliers resulted in the Korean government committing $US 10m to support the development of railway projects through Cabei’s Technical Cooperation Fund (Fonec), which is funding the pre-feasibility studies.

Mossi describes the fund as Cabei’s “secret weapon.” “If you don’t have a facility to prepare projects, these projects will remain as ideas,” he says adding that the fund is now worth approximately $US 30m. As well as Cabei’s own funds from profits and the Korean contribution, it has benefitted from support from the European Union, which has provided $US 5m, along with $US 2m from Spain, as well as contributions from Germany and Taiwan.

Costa Rica’s ambitions are not limited to the passenger project. Incofer has contracted Korea National Railway (KRNA), Dong II Engineering and Soosung Engineering for a feasibility study to revive the 98.3km freight line between the capital and the Pacific Coast. Cabei is also funding studies of the first two sections of the Limón Electric Freight Train Project (Telca), another Alvarado initiative, to refurbish the line from Valle la Estrella to the Caribbean container ports of Limón and Moin, inland to Siquirres and Río Frio, and eventually Nicaragua. Progress on this project is also expected after the election.

Mossi says Costa Rica’s desire to develop railways has inspired its neighbours to follow suit. “We had requests from El Salvador and then Guatemala that they want something like this, and now we have the same request from the Dominican Republic,” he says, adding that Honduras is also interested.

“The great ambition is to have a rail line running all the way from Panama to connect with Mexico and the US market,” Mossi continues. “The average speed on roads is around 40km/h. Not because the roads are bad, but because of congestion. And the goods that they carry, which is everything from coffee, cement to sand… for this you really need rail to move it efficiently.”

Support from Cabei via Fonec means progress is being made. In El Salvador, a Korean consortium is undertaking a technical evaluation of the country’s 555km, 914mm-gauge network, which closed in 2002, with a view to upgrading it for freight and passengers. In Guatemala, another Korean-led pre-feasibility study is underway of the proposed 274km double-track railway between Tecún Umán and Guatemala City. The country last operated trains on its 788km, 914mm-gauge network in 2007. In the Dominican Republic bidding is underway for contractors to conduct a pre-feasibility study to build a new line between Santiago and Santo Domingo. Results from these studies are expected this year.

Critically, transport ministers are keen to align this work and develop common standards and regulations for electric railways; all lines will be built as 1435mm-gauge, moving away from narrow gauge but considering that most existing infrastructure has been abandoned for many years the cost of renewal is comparable with rehabilitation. Mossi adds that that the establishment of a universal regulator is likely.

Mossi says grouping the projects and presenting the region as a single market makes participation more attractive to prospective investors. Indeed, with a combined population of 40 million the region is the fourth largest economy in Latin America. The importance of this was reported by Mossi in a recent meeting with Alstom in Paris, which inherited a factory in Querétaro, Mexico, as part of its acquisition of Bombardier. “The big interest they have is not for one product per se, it is actually to capture the region because they see it as one big client,” Mossi says.

“We have the full financing package available to a prospective investor, they can come with their own financing, but we have these enhancements if they need them.”

The limited capacity of national treasuries to fund these projects outright means they will be developed as public-private partnerships (PPPs). For Costa Rica, the $US 550m loan, the largest in Cabei’s history, includes a $US 250m zero interest loan from the United Nation’s Green Climate Fund (GCF), which also donated $US 21.3m. The remaining $US 1bn is expected to come from the private concessionaire appointed to develop the project and Mossi reports strong interest from financial backers in Britain, France and Germany.

In addition, with the support of Korea, Cabei has established a $US 1bn equity fund, which will be available to the concessionaire. “We have the full financing package available to a prospective investor,” he says. “They can come with their own financing, but we have these enhancements if they need them.”

The country’s existing railways will be key partners in the development projects, as Incofer is in Costa Rica. While running outdated and limited operations, they remain significant landowners, particularly premium property in city centres, with many of the proposals seeking to update existing corridors. Mossi says they also have the advantage of being engaged in and understanding the railway industry. Developing skills is another major challenge but Mossi says they are already benefitting from collaboration agreements with Korean companies.

“They might not know how an electric train works, but they are in the industry, they are a counterpart,” Mossi says. “They are actually grateful that there might now be light at the end of the tunnel because their sector was falling behind. They are very willing to learn.”

As for when spades might be in the ground, Mossi says he is optimistic that this will happen in Costa Rica in 2023. Mossi is three years into his first five-year term as president of Cabei, and he is hopeful that if his term is extended, that by the end he will see electric trains in operation in Costa Rica, Guatemala and El Salvador by 2028. “By 2030 electric mobility will be present in the region on a large scale,” he says.

A native of Honduras, Mossi says when starting out in the role he was sent a book by a friend about a study conducted by British engineers at the beginning of the 20th century for a railway in the country. That plan failed to materialise, and the friend wrote that he hoped Mossi might help to make the dream of these engineers a reality.

“I think that is happening,” he says. “Because for the first time the region has access to real financing.”

Cabei’s founding member countries are Guatemala, Honduras, El Salvador, Nicaragua and Costa Rica. Panama and Dominican Republic are non-founding member countries which participate in the Central American Integration System. Belize is a non-share-holding member of the institution. Other non-regional countries that have joined are Mexico, Cuba, Taiwan, Argentina, Colombia, Spain and Korea. Mossi revealed that Cabei is in discussion with Britain about becoming a member.