THE Future Railway Mobile Communication System (FRMCS) will supersede GSM-R as the industry’s standard telecommunications system in the 2020s, potentially bringing “game-changing” capability. But as Keith Barrow reports from Paris, a well-defined migration plan and adequate spectrum allocation will be vital to a successful transition. 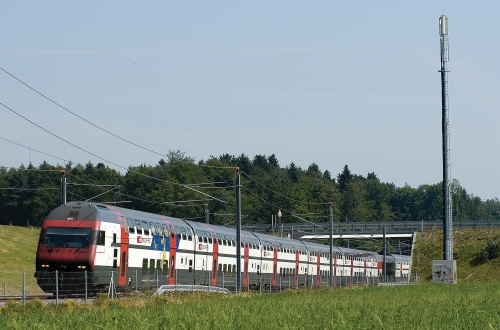 Mobile telecommunications lifecycles are short, with the interval between the emergence of one generation and the next typically around 10 years. So while 4G connectivity may feel like a recent innovation, 5G is just around the corner. The 5G standard will be finalised by June 2018, enabling deployments to begin before 2020, and the first commercial use of the technology is expected to be at the Tokyo Olympics in 2020.

This rapid evolution has long been a challenge for rail, where the cost, size and implementation timescale of telecoms deployments means lifecycles are measured in decades. Railways’ investment in GSM-R is secured through a commitment by the Railway Operational Communications Industry Group (ROC IG) to continue supporting GSM-R until at least 2030. GSM-R is unquestionably a success story, but it is already yesterday’s technology. With the prospect of a successor that can support new, potentially game-changing applications, many railways will be reaping the benefits of a next-generation telecommunications backbone well before this date.

Railways have an increasing need for their own wireless telecoms to support machine-to-machine communications and data transmission in isolated locations. As the expectations of both operators and their customers rise in line with technological advances, the need to support real-time information, remote asset monitoring, and other applications becomes more pressing. Scalable, secure, IP-based transmission networks will be needed to unlock many of the benefits of the digital railway, and the next-generation system will be vital to the future interoperability of Europe’s railways. It is therefore a key component of the digital infrastructure needed to deliver the European Commission’s vision of a Single European Railway Area.

Work to define the scope of the Future Railway Mobile Communications System (FRMCS) has been underway for several years with the support of a number of key organisations in both the rail and telecoms industries, including the European Telecommunications Standards Institute (Etsi) and the 3rd Generation Partnership Project (3GPP).

In 2014 the International Union of Railways (UIC) launched an FRMCS project with the aim of providing a set of preconditions for the technology, developing a replacement for Eirene Functional Requirement Specification (FRS), and helping to define a migration strategy. Recognising the scale of GSM-R deployment outside Europe, the UIC’s FRMCS project has now gone global, with the aim of involving key players in countries such as Australia, China, Japan, Korea, and the United States. “This means more resources, more people, more minds working together,” Mr Dan Mandoc, UIC project manager for FRMCS told delegates at the UIC’s 3rd World Conference on Rail Transport Telecoms in Paris on May 17. “We are looking for a standardised product, with as many functions as possible built into the 3GPP layer. FRMCS is going to be complex, but it will be a game-changer.”

Mandoc says the aim is to deliver the first functional requirement specification for FRMCS at the beginning of 2019.

The European Union Agency for Railways is responsible for overall coordination and has set up a dedicated Radio Coordination Working Group. It is also actively involved in spectrum issues at the European Communication Committee, supporting the European Commission on FRMCS and preparing changes to the Control and Command TSI. In addition, the agency is leading a coordination forum, which brings together stakeholders including the UIC, Etsi, the Shift2Rail research initiative, and the Unisig consortium, which is responsible for developing and maintaining the specifications for ERTMS.

The agency expects to present its first report on FRMCS to the EC at the end of the year. Industry consultation on the draft conclusions began last month and is due to be completed in September.

“We are working with stakeholders to define a successor to GSM-R,” says the agency’s executive director Mr Josef Doppelbauer. “A key challenge is that we need spectrum both for the future system and GSM-R during the migration phase. There will be massive competition for this spectrum - autonomous cars are going to need a lot of bandwidth to sustain their network - so we need to fight for our bandwidth. This will be an issue not just in Europe but globally.”

Doppelbauer says the timeline for migration will vary between countries and this will create challenges, not least in ensuring that interoperability is preserved, particularly as the legacy and future systems are likely to coexist for many years. The need to keep GSM-R running alongside FRMCS means additional harmonised spectrum will be a vital requirement, and one the industry needs to start preparing for now.

This call was echoed by suppliers from ROC IG, which is working with other industry stakeholders to define a specification for FRMCS. “Early definition of the required spectrum is a really vital issue,” says Mr Ciro de Col of Siemens. “It’s also important to define how we are going to move from one network to another.”

In a draft position paper published on May 16, the European Rail Infrastructure Managers (EIM) association and the Community of European Railways and Infrastructure Companies (CER) suggest that the 873-876MHz/918-921MHz band should be reserved in addition to the current GSM-R band for FRMCS. EIM and CER say this has emerged as “the most favourable option to reuse infrastructure investment and allow a smoother migration.”

The two organisations argue that uniform frequency bands would allow easier governance of spectrum management across Europe, supporting interoperability between national networks. Adopting similar frequency bands for FRMCS would also enable the reuse of existing lineside infrastructure and onboard equipment, reducing rollout costs. FMRCS frequency bands will need to be supported by the 3GPP specifications to accommodate the use of standardised products and ensure an open market for equipment.

Speaking at the GSM-R conference in Paris, Mr Carlo de Grandis, policy officer for DG Move, told delegates that bandwidth will be needed for critical interoperability and safety-related applications both during the migration phase and after the rollout of FRMCS. EU-wide spectrum allocation will also be necessary to ensure interoperability.

Members of the ROC IG also urged the industry to consider the enablers behind FRMCS. “Technology alone isn’t enough - we need to consider business and lifecycle aspects,” says Mr Thomas Karl, public transport division director for Frequentis. “5G is going to bring big changes. If we think the future railway will have the same function with the same bandwidth, that’s not wise. We mustn’t close our eyes to what is happening.”

“Our retention of GSM-R frequencies will be challenged by other sectors,” says Mr Pierre Cotelle of Alstom. “We need to be very clear about why we need it, especially during the migration period.”

According to Mr Chiel Spaans, EU Agency for Railways’ project manager for next-generation railway communications, the legal framework for FRMCS needs to ensure interoperability is maintained during the transition phase, and provide sufficient flexibility for future updates, minimising the impact of technical evolution on the overall system.

“With GSM-R, the railways created a successful, interoperable system, but it won’t be easy to repeat that success and the future will be more complicated,” he says. “We will have a new system operating in parallel with GSM-R, which is likely to be a number of different systems. We need to keep an eye on interoperability and ensure we have enough flexibility to respond to future developments. Nobody can predict what will happen after the first FRMCS deployment in 2022, or what will happen when GSM-R is switched off, so we need flexibility.”