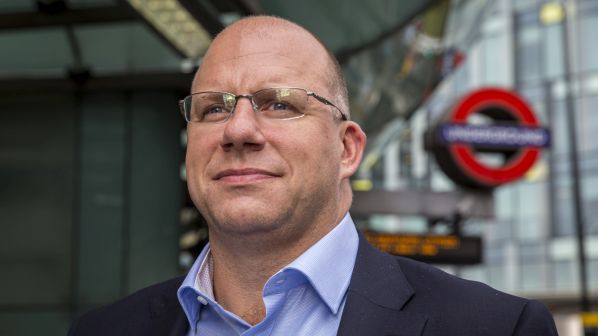 THE most passengers carried by London Underground (LU) in one day (5.1 million) and the least (68,000) both occurred under the leadership of managing director, Mr Andy Lord.

That fewer passengers used LU on April 13 2020 than were carried by the Metropolitan Line on its opening day on January 10 1863 illustrates the impact the Covid-19 pandemic has had on London’s 405km metro network.

Transport for London (TfL) is the local government body that manages public transport in the British capital. This includes not only LU but also London Overground heavy rail services, the bus network and, since October 2020, Crossrail. Its funding must cover all these operations, and 72% of its income is provided by fares.

Then the pandemic struck. Overnight, passenger numbers on LU dropped by 95% and have since failed to recover. Passenger figures released by the DfT on December 7 show that usage was 58% of the pre-pandemic numbers on November 29. This was down slightly from 64% on November 25. Weekend figures remain consistently higher with October 30 recording 87% of pre-pandemic numbers. This is still below budgeted assumptions. The British government has so far provided £4bn in support to keep the trains running, but continuing this unprecedented funding has become a contentious issue and the struggle between government, TfL and the mayor of London continues. As this issue of IRJ went to press, the government had agreed a week’s extension until December 17 while it reviewed a submission from the mayor’s office regarding future funding and cost savings. Previous funding arrangements have been for six month periods.

Speaking to IRJ on November 19, Lord, who took over as MD in November 2019, says he is incredibly proud of what was achieved by LU during the pandemic. There were closures, with the Waterloo & City Line only reopening earlier this year, but that was a reaction to the low ridership.

The Northern Line extension to Battersea opened on September 20, and it’s expected that by the end of the financial year there will have been more than 6 million journeys on the new line. This, says Lord, is proof of the value of investment in the LU network.

Travelling on LU currently, trains are not full. The days of passengers crowding onto trains and stations has not happened since March 2020. Lord says this will return but not for three to five years, and he describes the impact on revenue as “painful.” A lot relies on how many workers return to the office, which was thrown into doubt in December as the government once again encouraged people to work from home to curb the spread of the Omicron Covid variant.

“I think over time, the city will adapt,” he says. “These office buildings cannot lay empty for years and years because whoever owns them is going to have to find a way to fill them, and I think that will drive perhaps a different customer base onto LU.”

Lord says it is noticeable that most of the growth is outside the traditional rush hour periods. This means it’s likely that there may be an adaptation of the existing service pattern. An example could be where currently 32 trains per hour (tph) operate for two to three hours in the morning, this could change to 30 tph for four or five hours. He says there also needs to be discussions with the business community, retail sector, arts and leisure to encourage people to travel into London.

Lord says that certainty is now needed. This doesn’t mean the next 20 years but the next three to five years as a minimum.

The financial problems were laid bare at a TfL finance committee meeting on November 24, in which TfL warned of a managed decline in services and a deferral of major upgrades unless there was government support. Peak services could be cut by up to a quarter and LU trains built in 1972 could still be in service in the 2040s.

Under the managed decline TfL assumes that current commitments are honoured for new trains for the Piccadilly Line. However, work on the signalling upgrades on the line would not be completed as planned, creating a gap between the current signalling project and the next phase. Various station capacity schemes will be put on hold too.

“With eight of its 11 lines automated, LU suddenly becomes one of the networks with the highest proportion of ATO in the world.”

“London accounts for a huge amount of GDP in the country,” Lord says. “LU is part of the economic engine for London’s recovery. The growth of the city over the last 10-20 years has been driven by the transport system. If we are going to get the city out of one of the darkest places it’s been in because of the pandemic, we need to have a reliable and well-maintained, welcoming transport system so that passengers feel able to use it and want to use it.”

Major upgrades will still take place next year. The Bank branch on the Northern Line will be closed for 17 weeks while new running tunnels are connected into the existing ones and platforms at Bank station decommissioned and converted into a passenger concourse. The Earl’s Court junction project will go live early next year and when that is complete it will mean the entire 27.3km Circle Line will be Communications-Based Train Control (CBTC) operation ready.

“With eight of its 11 lines automated, LU suddenly becomes one of the networks with the highest proportion of ATO in the world,” says Lord.

As part of the June funding package, the British government instructed TfL to look at driverless options and the feasibility is currently being worked on. Lord says this must be value for money. “We’re saying to government we don’t necessarily have to go to full driverless to enable us to invest in the new fleets and the new signalling that we still need to do, be that on the Bakerloo Line, signalling on the Piccadilly Line, signalling and fleets on the Central Line.”

Lord says the first of 94 Inspiro trains for the £1.5bn Piccadilly Line contract is currently in production in Austria and will be delivered to London at the end of 2023. There remains the ambition to complete the rest of the options that would deliver new fleets for the Waterloo & City, Bakerloo and Central lines (a further 156 trains). This was the original plan as part of the Deep Tube Upgrade project planned to deliver air-conditioned trains for these lines. “We’re a long way off that at the moment,” says Lord.

“The challenge is we have got a number of projects that are what we call “shovel ready,” that can drive that investment elsewhere in the country, while still enabling us to continue to increase services and deliver the good level of service we have.” These include the 7.5km Bakerloo Line extension and the Elephant & Castle station box project as well as a number of station redevelopment projects and track upgrades.

The central section of the £18.8bn Crossrail Elizabeth Line will finally open in the first half of 2022, more than three years later than planned. This adds 10% more capacity to central London’s rail system. “When it opens it will immediately give us some capacity benefit on the Central Line, particularly the east end, which has been consistently one of the busiest through the pandemic,” explains Lord.

Much has been made of the lack of government subsidy for LU compared with similar systems around the world as well as the different funding models. While TfL receives 72% of its income through fares, this drops to 48% in cities such as Paris and New York. LU is part of a number of industry groups collaborating on best practices. “We have a pretty good understanding of what happens in metros that are much newer through to those like Paris which are quite similar to us in age,” Lord explains.

Lord says he believes LU was the first metro that actively told people not to use the system during the pandemic. This actually proved helpful for the government because it meant LU created data to establish whether or not the lockdown policy was working. Furthermore this data also enabled other metros to inform their governments.

“I think there’s a lot to be optimistic about, LU and TfL are absolutely the key to London’s recovery.”

Lord ’’suggests that Western European metros are all in a similar position, while those in East Asia are pretty close to being back to normal, although there is a suggestion that that could be because of the autocratic styles in those countries in terms of what they expect people to do. He suggests ridership in North America is similar to LU.

With so many challenges facing LU, where does Lord see the operator in a year’s time? “Well, I’ve given up predicting the future,” he laughs. He wants LU’s funding finalised so that certainty surrounding the service and investment programme can continue. Covid-19 won’t have gone away, he believes, but he suggests its management will be better. Bank station will be open, and the Piccadilly Line trains will be only 12 months from delivery. “I think there’s a lot to be optimistic about,” he says. “LU and TfL are absolutely the key to London’s recovery. And hopefully we will sit here in a year’s time and the city will be really bouncing again and we’ll have more overseas visitors and tourists and they’ll all be making use of what I think is the world’s best metro system.”

LU’s immediate future is concerning. But, there is a lot to be optimistic about for the system. Investment over the next 20 to 30 years depends upon decisions that will be made in the next few weeks and months. Lord, and his team, can only sit and wait.