Is the Single European Rail Area achievable or an impossible dream?

Carl Simms, a director and claims management specialist at HKA, Britain, with over 18 years’ experience in the rail, construction and engineering industries, explains how to avoid problems when making changes to a contract. 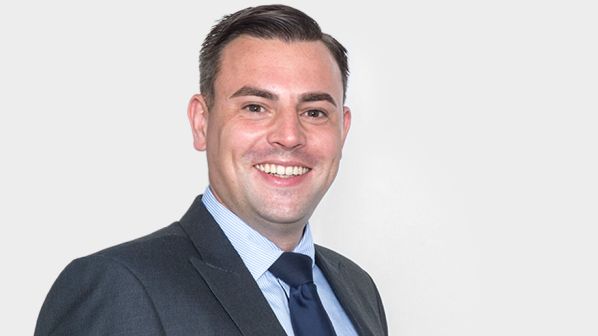 CHANGE is often an inevitable part of construction, manufacturing, or supply contracts, so it is worth understanding what needs to be done when either instructing or carrying out a change.

It is fairly common for customers, owners, and operators to hold meetings with prospective contractors to engage with all relevant parties as early as the feasibility stage of a project to ensure that the specifications are well defined.

However, this is not always realistic or achievable. Indeed, even with the engagement and input from a wide array of parties early into a project’s life, the speed at which new technologies, processes and systems develop mean change can still occur. Therefore, flexibility and an acceptance of change is needed. In turn, the impact of changes to design, construction or manufacturing will inevitably have to be managed by the contract.

To change the work specification, a contract would, in principle, have to be re-negotiated. In reality, this is often not feasible, so most contracts include change provisions which are usually termed variations.

An important factor in any contract is the calculation of the amount of money to be paid by the customer to the contractor. Projects start with a contract value, but it is unlikely that this will remain the same. Inevitably, variations beyond the control of either party will occur which must be assessed, and the appropriate amount of compensation calculated. Typically, a contract will contain provisions for how variations are evaluated in time and money.

There are three main reasons why variations are needed:

Although there are different reasons for potential variations, most contracts ignore this and deal with all variations in the same manner.

The definition of a variation in most contracts is wide and includes changes to the design, material specification, removal of work, access to the site, and working conditions, and applies to the content of the work and the working method.

Many contracts say “no variation shall invalidate the contract” and that a contractor cannot refuse to undertake an instruction from a customer. This is somewhat misleading, and variations are limited in scope.

A variation clause does not entitle the customer to make significant changes to the nature and scale of the work as they are typically defined in the recitals (introduction). For example, if the recitals state that 10 trains are to be supplied, but a variation was then instructed for an additional 90 trains, this would be construed as a contract for a wholly different requirement and not be deemed as a valid variation. Equally, if the contract was for the refurbishment of old stock, but that a variation attempts to change it to the supply of new rolling stock vehicles, this would be beyond the scope of simple change in contract scope.

Standard forms of contract typically place the onus on the customer to issue instructions to vary the works. Most contracts prohibit the contractor from carrying out a variation without a written instruction. Variations carried out without agreement are typically done at the contractor’s risk and they would not be entitled to time and cost, in some cases. Within the provisions of the contract, the contractor tends to have a right of reasonable objection not to carry out an instruction.

When a valid variation instruction is issued, the work must be valued according to the rules set out within the change provisions. However, provisions can be made to allow the two parties to negotiate a price of the work to be completed. The customer is likely to request a quotation to be prepared either in accordance with the contract, by measuring the work, or on a dayworks basis utilising a schedule of pre-agreed rates.

Dealing with a variation will inevitably increase the original contract value and require an extension of time to the project timetable. The contractor’s response to a variation should include an assessment of any additional time required to complete the varied work and its effect on the completion date.

A time extension allows the contractor to complete its works after the contractual completion date, without becoming liable to pay the customer liquidated or general damages for delay.

Managing change can cause tension between the contracting parties, and change provisions in the contract may even be perceived as adversarial.

However, it is important that parties are not afraid to rely on and utilise relevant provisions. They are a contractual requirement and merely facilitate positive communication between the parties.

A clearly drafted variation clause means changes can be administered without protracted negotiation and provide cost and time certainty for both parties. Ultimately, the customer gets a better product and the contractor is paid a fair amount for implementing the change.

When quantifying a variation, contractors should encapsulate all time and cost implications associated with a change as it is highly unlikely that time and cost impacts will be reviewed after a change has been implemented if the variation works were incorrectly quoted.