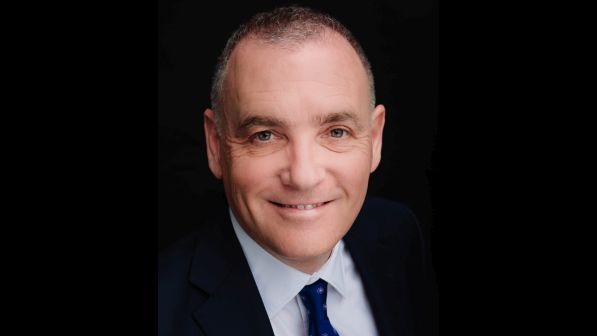 COAL may be losing its appeal worldwide but as far as the Australian Rail Track Corporation (ARTC) is concerned, coal is still king and will remain so for another two decades or more as a major part of its freight network.

ARTC operates in five of Australia’s six states and the Northern Territory and runs an 8500km network with a workforce of about 1900 staff.

This includes the Hunter Valley network in eastern Australia, which carries coal from inland New South Wales to the port of Newcastle, the world’s largest coal exporting port. In 2020 Newcastle handled 158 million tonnes of coal, virtually all of which was delivered by rail.

The CEO of ARTC, Mr Mark Campbell, who took over the role in March 2020 after a career in the building materials industry in Britain, Malaysia and Australia, says Hunter Valley coal producers expect strong demand for their product to continue for years.

“In the very long-term the Hunter region has to look for diversification,” he says. “In the medium term we are working on the assumption that there will be strong demand for Hunter Valley coal, particularly in the Asian region as it is of such high quality.

“We don’t see a lot of change in the short term. The coal producers in the Hunter Valley we speak to are expecting to still be extracting coal over the next 20 years. You may well find that there could be a reduction in overall output over that period, but it is hard to say.

“We, as well as others in the Hunter region, are encouraging diversification with grain and other minerals. There is also the question of how well the network runs into the Port of Newcastle and what the future of the port looks like.

“A lot of people are putting a lot of work and effort into figuring out what happens to the port of Newcastle and the Hunter region in the longer term.”

Inland Rail, Australia’s major “nation building” project, also falls under the ARTC umbrella.
The scheme, the country’s largest rail freight project, involves upgrading, rebuilding and straightening the 1700km line between Melbourne and Brisbane, although the original $A 10bn ($US 7.1bn) budget has blown out to an estimated $A 15bn.

Responding to the criticisms of the 10-year implementation period, Campbell said both ARTC and the federal government would prefer for this to be accelerated but added that it was a case of regulations not funding delaying the project. The complex regulatory processes across three states as well as federal regulations were the main issues.

“It is a very long project and there are a lot of processes that we need to follow,” he says. “Once we get all the approvals in place, like we did with the Parkes - Narrabri section, we can actually build very quickly. It is not a construction issue.

Campbell described Inland Rail as a spine with a whole series of connections out into the regions along the route. It will also allow freight to bypass Sydney, which has been a bottleneck for some years, giving freight operators two routes to Brisbane and beyond.

“I believe there is more scope for us to work and learn from NR and other jurisdictions in the United States and Canada.”

Campbell said ARTC was anticipating that it would be responsible for managing Inland Rail once it is completed and was therefore integrating it into its network as each stage was completed.

ARTC’s Automatic Train Management System (ATMS), a communications-based train control system that tracks trains using GPS and mobile telecommunication technologies, which has been developed in conjunction with Lockheed Martin over a decade, is now fully operational on the 70km line between Port Augusta and Whyalla in South Australia.

“We are now in the implementation phase of stage 2, Tarcoola (South Australia) to Kalgoorlie (Western Australia, a distance of more than 2000km), and we expect that ATMS will be implemented on Inland Rail so there will be a staged rollout of ATMS probably over the next five or six years,” Campbell says. “There is a lot of planning involved.”

He said that one of the “trickier” bits was inter-operability and ARTC wanted to make sure that the system was seamless.

Looking ahead, Campbell said that while there was no project on the scale of Inland Rail on the horizon there were a number of medium sized tasks underway.

“That was one of the reasons why shortly after I took over as CEO we created what we call the major projects division which brings together all of these medium sized projects which we have underway,” he says. “For any significant or complex project we now have a major construction team overseeing it just to bring a level of consistency and capability to the construction. Prior to that they were delivered within the individual business units, but I think it is more efficient now that we have created this division.”

Campbell said he believed that there was more scope for ARTC to work with and learn from similar organisations overseas.

“We have had a bit to do with the team from Network Rail (NR) in Britain,” he says. “They worked with us looking at some of our maintenance systems and they were reasonably impressed with how we used our asset management system, Ellipse. They also made some great suggestions.

“I believe there is more scope for us to work and learn from NR and other jurisdictions in the United States and Canada.”