Policymakers hope rail can play a major role in making short to medium distance passenger travel in Europe sustainable. Yet the sector is facing many challenges and there are differing views on how these issues should be solved, as David Burroughs explains. 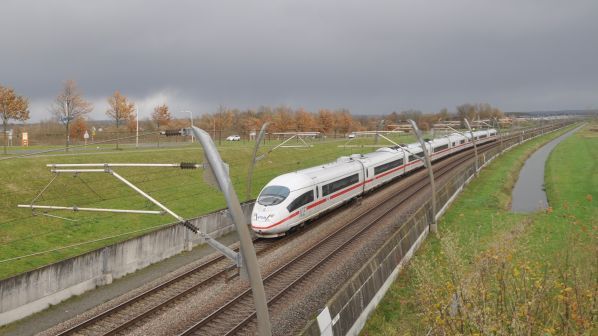 A reduction on VAT charged on cross-border rail services and the introduction of a kerosene tax for air travel have been suggested to adjust the price disparity between transport modes.

THERE is no one single issue preventing passenger rail from growing in Europe, in the same way that there is no silver bullet to achieve the European Commission’s (EC) goal of using rail to support the decarbonisation of transport.

During a panel discussion held at the Building up a Network of Long-Distance Rail Services conference in Berlin as part of the Connecting Europe Express’ (CEE) journey across Europe, the challenges raised by the panellists were wide and varied; ranging from fares and ease of access for passengers, to market structure and the barriers to new entrants. Each challenge raised was met with a call for all actors to play their part in overcoming them.

The panellists were asked to name three issues that need to be solved to improve long-distance passenger rail. Price, fair access and the need for rail to be able to sustainably compete with other modes such as air were raised as major challenges.

Schwämmlein said the VAT charged on cross-border rail and bus tickets, but not international flights causes an imbalance, while Caspar said the introduction of a kerosene tax for air travel was needed to adjust the price disparity between modes. “We cannot just travel more on rail, we have to travel less by flying,” Casper said. “Working on the kerosene tax among other things is very important.”

The availability of infrastructure was also raised, with Lutz and Caspar both pointing out the need to open more cross-border routes, an issue that the EC is working to address.

“In Germany we are heading that way, it will take some time, but we need that additional capacity in the infrastructure,” Lutz said. “We will have more infrastructure through the TEN-T corridors, which is good. Additionally, we need more coordination between the infrastructure managers in terms of timetable and construction management.”

Schwämmlein renewed calls for the separation of infrastructure managers and operators which he said inhibits competition and increases track access charges. “There is no fundamental reason why track access charges in Germany and France should be about 10-times what they are in Sweden,” he said.

Lutz and Caspar also pointed to the lack of available rolling stock as another barrier, which was accentuated by the variety of power supply and signalling systems in use in different countries.

An integrated booking system that could incorporate all operators in Europe was also touted as a solution to improving access to rail. “We are in the era of AI and digitalisation, and it is still not possible to have a seamless journey between point A and point B in Europe,” Goyens said. “There is insufficient data sharing between train operators or between train operators and sales platforms. Consumers are really left alone when it comes to trying to find a good deal among the different offers that are present in the market.”

Caspar said that while rail has gained momentum, there is still a lack of political will. “We have come a long way from where we were and the Commission has done a good job in the European Year of Rail,” he said. “Unfortunately, also in Germany, we are not where we need to be.”

Goyens said there is a lot of work to be done to protect passengers’ rights, especially in providing assistance, compensation and rerouting during disruptions. “For long-distance and cross-border journeys, the system of protections that has been put in place has been improved recently, but it is still too limited,” she said.

Introducing a Europe-wide booking system would go a long way to make it easier for passengers to find and book the trips they need. While there are already multiple online booking platforms such as DB’s bahn.de website and DB Navigator app, there are also debates around the sharing of data and accessing competitors’ tickets through these systems.

Lutz pointed to initiatives underway within Germany to make it easier to buy a ticket that combines long-distance travel with the use of metro and light rail services as examples of how the sector is taking this issue seriously.

“It is of course difficult because everyone’s data is different,” he said. “But we are committed, and we are working on a kind of common interface so that this exchange of information can be done in a smoother way.”

However, there is a feeling among some private operators that these efforts do not go far enough to include all services, which inhibits their ability to attract the large passenger volumes required to launch and maintain a service. Schwämmlein said FlixTrain is inhibited by DB’s “arbitrary” decision to sell tickets from some operators and not others, which was not solved by DB’s technical argument that it displays but doesn’t sell FlixTrain’s fares.

“We don’t see this openness to share bookings,” he said. “Our offer is overlooked and therefore not available to the broad consumer. We are fixing that on our own, with a lot of money. This cannot be at the discretion of the incumbent.”

Asked by Schmidt what he would like DB to do to balance this, Schwämmlein replied: “Obviously offer to sell our tickets at a fair commission like everyone else. I would easily take the same terms as French National Railways (SNCF).”

Asked by Caspar when a European-wide booking platform could be in place, and whether this would be better managed by an independent provider instead of DB, Lutz said he was unable to give an exact timeframe.

“We agree that there needs to be data exchange, and work is needed on the platform we are all looking for,” Lutz said. “We disagree about the vision but share the same goals and can, step by step, go in that direction.”

He added that he would prefer not to see another provider coming between operators and customers. “We believe that we should be the one who is developing that interconnection between our services and our customers,” he said.

Goyens said such a system only has value for consumers if all operators are on board. “We know that voluntary commitments do not work on the magnitude that is needed here,” she said. “We really believe that there should be a mandatory obligation for train operators to share their data.”

Schmidt then moved the discussion towards reducing costs, particularly through the reduction of track access charges. Asked whether he supported such a reduction, Lutz said he would prefer to see the German government invest in rail infrastructure.

“There is no free lunch - someone has to pay,” Lutz said. “If you reduce the access charge to direct costs, then of course, you need to answer the question of whether the costs are too high, and you have to introduce cost efficiency. That’s a discussion we have as a private commercial company with the infrastructure as well. But at the end of the day, you’re talking about what to do with the rest of the cost, who is covering that? Additional losses in infrastructure, with additional implications that we can’t afford maintenance, can’t be an answer, at least not in the long term in terms of sustainability.”

Lutz said that when additional funding is available, he would rather see it used to expand and improve the network, which he said is struggling to keep up with demand.

“I think it’s just fair to open for competition and generate more services by lowering track access charges, and make it transparent where the money flows.”

But Schwämmlein told Lutz that he fundamentally disagreed with this view, pointing out that with DB effectively paying itself to operate long-distance services, it is not a matter of funding but where the money flows. This may be improved by the new German coalition government, which plans to merge the DB Network and DB Station and Service divisions of the DB group while keeping profits from this division separate from the rest of the group, a move supported by Mofair, which represents independent rail companies in Germany.

“I think it’s just fair to open for competition and generate more services by lowering track access charges, and make it transparent where the money flows,” he said. “Track access charges in France are so high, it’s impossible to run open access [services] if you don’t own the infrastructure and pay [the access charges to] yourself. Germany is… close to that and we are trying to overcome it.

“The rail networks have not fallen apart in Sweden or Italy, where we have good market competition between the incumbents and new entrants, and we have a better offer for the consumer. This is definitely what we want to achieve and not a closed system where only one company steers how the system is managed.”

Goyens said ultimately it is important to price rail fairly compared with other modes. However, making it as cheap as possible is not the answer.

“It is not that the rail prices are so expensive, it is that air tickets are much too cheap,” she said, pointing to Belgium, where there have been suggestions of making rail travel free. “Consumers have reacted saying it’s not necessarily that we want it to be free, we want it to be on time, reliable, convenient and comfortable,” she said.

Ultimately, solving many of these challenges requires finding a balance between collaboration and competition to ensure that individual companies can remain competitive and attractive to passengers. Just pitting incumbents against new entrants, or operators against infrastructure managers loses sight of this objective.

“I think a great weakness that many passengers face is… the failure to understand that railways are part of a public service network,” Irwin said. “Public transport is about a network of networks, and it cannot exist on competition alone. You need collaboration to deliver the full benefits of those networks.”

Lutz agreed and said that while there were disagreements, it was sometimes better to focus on areas where there is consensus.

“We need to try to concentrate our energy on the 80% where we share the same vision and the same goals, and drive the system forward,” he said. “Because at the end of the day, for the climate issue, we need to have that modal shift from other transport modes to the most eco-friendly transport mode, which is rail.”