The 2022 edition of Unife’s World Rail Market Study conducted by Roland Berger shows a strong recovery after a slight decline during the Covid-19 pandemic, as Carlos Corts, public affairs manager at Unife, explains. 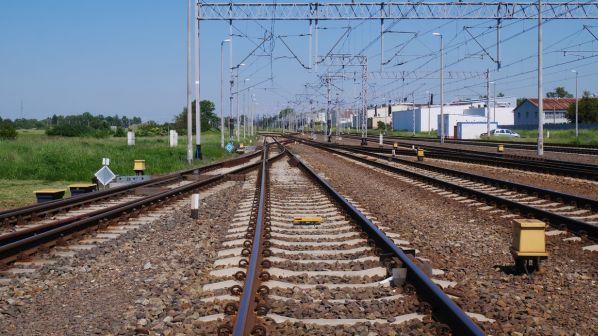 ERTMS will be key to achieving a truly interoperable railway.

THE European Rail Industry Association’s (Unife) World Rail Market Study published in September projects a stable 3% compound annual growth rate (CAGR) excluding inflation to achieve an annual market volume of €210.6bn for the 2025-2027 period. This compares with an average of €177bn per year in 2019-2021.

Global commitments to achieve net zero carbon emissions linked to environmental and stimulus programmes such as the European Union (EU) Green Deal and Recovery and Resilience Facility, and the US Infrastructure Investment and Jobs Act, are supporting further significant investment in rail projects.

Across the 65 countries in the study, representing 98% of global rail passenger and freight traffic, the installed base of rolling stock totals about 6.1 million units. The total infrastructure analysed accounts for around 1.75 million kilometres of track. Driven by Asia Pacific growth, worldwide infrastructure in operation grew by around 39,000km or 2.3% compared with 2019.

While almost all regions, except for the Commonwealth of Independent States (CIS) covering Russia and Central Asia, are expected to grow in the future, the highest growth rates of 7.1% and 6.1% are forecast in the relatively small markets of Africa/Middle East and Eastern Europe. However, more mature markets like Western Europe, Asia Pacific and North America will also grow significantly and account for the largest share of absolute growth.

With the African population expected to grow strongly in the next few decades, the demand for better urban and interurban transport will increase significantly. Moreover, the establishment of the African Continental Free Trade Agreement (AfCFTA) is expected to boost trade. Therefore, rail has huge growth potential due to its ability to carry large volumes of freight efficiently. To benefit from this, governments can actively support the local rail supply industry by providing foreign loans. For Europe, the new Global Gateway scheme could enhance the economic relationship with Africa.

The largest contribution to overall global growth in absolute terms is predicted for services (2.8%), rolling stock (2.5%) and infrastructure (3.8%), which together account for 89% of current market volume. Train control is expected to grow at 3.4%, while turnkey management is expected to have a CAGR of 4.8%.

The study observes that infrastructure growth will be driven by strong growth in the 300-350km/h rail and urban rail markets followed by mainline track renewal and extension. Regarding rolling stock, high-speed trains will lead demand followed by multiple units, while locomotive-hauled coaches is the only segment in decline. Train control will continue to grow driven by the demand for ATP (including CBTC) and ERTMS deployment. Ambitious EU targets to achieve full ERTMS deployment on the Trans-European Transport Network (TEN-T) corridors by 2040 will play a key role. With a growing installed base, services will drive growth with spare parts, maintenance, and the introduction of Digital Automatic Couplers (DAC) which will have a very positive impact for Europe.

Overall, worldwide rail market accessibility has declined during the last decade due to higher content requirements and revamped market access barriers resulting in the exclusion of European suppliers from key markets. Indeed, average total market accessibility decreased from around 70% in 2008 to 61% today. The missed business opportunity between total and accessible market increased during the last decade from €47.9bn per year to €69.6bn.

The rail industry is undergoing a transformation driven by digitalisation. Increased investment in train control technologies such as ERTMS will be key to achieving a truly interoperable railway and increasing international connectivity. Asia Pacific and Western Europe are expected to remain the largest markets for train control, accounting for 75% of the total future market while Africa Middle/East and Eastern Europe are predicted to have the highest relative growth at 8.2% and 6.8% per year.