A government decision to electrify the remainder of the Indian broad-gauge network has left some questioning the benefits of the ambitious policy. Srinand Jha investigates. 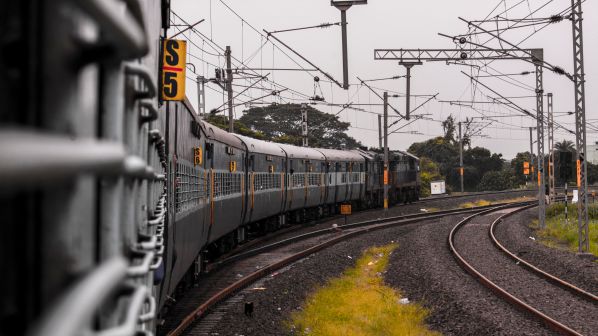 ELECTRIFICATION is the new catchword with Indian Railways (IR). After a series of flip-flops, India’s cabinet settled last month on what is still regarded as a controversial decision to electrify the remaining 33,935 route-km of IR’s diesel-operated broad-gauge network at an estimated cost of Rs 360bn ($US 4.88bn).

Of its total network of 63,233 route-km, 29,288 route-km is electrified. These lines carry 65% of freight and 54% of passenger traffic while accounting for 36%, or Rs 97bn, of IR’s total annual energy bill of Rs 268bn. When it is completed in around 2025-26, the electrification plan will enable the state-owned railway to save an estimated Rs 264bn on its annual fuel bills while helping to reduce carbon emissions. IR’s energy-saving calculations are based on the assumption that the price of diesel will increase, due to fluctuations in the global oil market, while the cost of electricity will fall.

For the proposed electrification of the remaining routes, an estimated 3.7 million train-km of passenger traffic and 4.2 million tonnes of freight traffic will need to shift from diesel to electric traction per annum.

With India’s national general elections scheduled for April-May next year, the electrification decision is not quite regarded as inevitable, especially as several important questions remain unanswered.

One of the major dilemmas relates to costs. While the cost of electrifying lines is currently around Rs 10m/km, which equates to the total cost of Rs 360bn to electrify the rest of the broad-gauge network, to this must be added the cost of acquiring up to 4000 electric locomotives at an estimated cost of Rs 150m each, resulting in a total investment of Rs 600bn. However, to reduce this, IR plans to convert as many as possible of its 5427 diesel locomotives, which have a book value of Rs 300bn, to electric traction at a unit cost of just Rs 20m.
To test the theory, IR has already converted two diesel locomotives to electric operation.

IR says electrification works are currently in progress on 20,260km, while the electrification of another 13,765km was sanctioned at a recent meeting of the Indian cabinet.
In all, the electrification plan is estimated to cost Rs 1300bn over the next four years. This excludes costs for building maintenance infrastructure such as new or modified locomotive depots, the additional manpower required to operate and maintain electrification equipment and the cost of training.

IR’s current diesel bill is approximately Rs 171bn, while the cost to the economy is only around 50% of this amount, since nearly half of the purchase price of diesel goes back to the government in tax. So, even if IR saves about three-quarters of the cost of its diesel bill by electrifying the remainder of the network, the outgoing interest on the
Rs 1300bn investment is more than the savings promised. In an internal note last year, a ministry committee argued that instead of wasting scarce resources on the electrification plan, IR would do better to invest in areas that provide maximum return, such as a new North-South Dedicated Freight Corridor.

The official line that electric traction is more environmentally-friendly also does not seem to hold in the Indian context where thermal energy is the main source of power. According to data published by the Central Electricity Authority, the average CO2 emissions from a coal-based thermal power plant is 1.03 tonnes per MWh, while the average CO2 emissions per litre of diesel fuel is about 2.6kg. With this is mind, when hauling 1000 gross-tonne-km of freight, the emission equivalent is 7kg for electric traction and 5.46kg for diesel. For passenger traffic, the carbon emission from diesel traction are 10kg compared with 19kg from electric traction.

India aims to install 100GW of solar power and 75GW of wind power by 2022. However, a report published by energy consultants Wood MacKenzie last month suggests it will reach only 76% of this target. Total installed capacity was 344.7GW at the end of August, with renewables accounting for 33.6%.

Electric traction was first introduced in 1925 on the Great Indian Peninsula Railway between Bombay’s Victoria Terminus and Kurla Harbour. During the pre-independence period until 1947, electrification was confined to 388 route-km. However, post-independence, there has been a progressive addition of electrified routes.

By 2014-15, 22,224 route-km of the total broad-gauge network of 58,825km, or around 38%, was electrified. On a running kilometre basis, excluding yards and sidings, around 49% had been electrified. About three-quarters of the electrified routes experience high traffic density and have two or more tracks. About 78% of these double or multiple-track lines are electrified while 83.7% of low traffic density, single line routes are not electrified.

Detractors argue that electrification of these routes is not justifiable because of the low volume or below-threshold traffic levels.

According to a 2002 Railway Committee led by former railway board member for traffic, Mr C M Khosla, electrification would be justifiable if a break-even level of 53 million gross-tonnes per route-km per annum was achieved.

However, the current figure of 21.6 million gross-tonnes per route-km on non-electrified routes is well short of this figure. In a 1995 report, the World Bank said that it made “no sense for IR to extend electrification beyond the 10,000km core network, as the traffic densities are not there, and the energy and foreign exchange savings are no longer an argument.”

The big question, therefore, continues to hang: is it at all possible for the current or the future governments in India to revise or undo the 100% electrification plan?

“On the face of it, any future government in New Delhi will find it tough to withdraw the plan, given the uncertainty of crude prices in the global market,” former railway board member, Mr Subodh Jain told IRJ. “The future of mobility lies in electrification, as rail officials seem to understand well. However, a future government in New Delhi can certainly decide to slow down the electrification process without scrapping the plan altogether.”

A senior ministry official spoke in similar vein: “The 100% electrification plan has been approved at the policy level, while all projects have not been sanctioned or budgeted for,” he said. “In case a new political party or coalition takes office next year, it is possible that projects that have a hugely negative rate of return will be placed on the backburner.”

From 2019 to 2021, the NDA government has proposed to take up 72 projects covering 13,183 route-km. However, progress on these is largely linked to this question: will the NDA government be voted back for a second term in India’s national general elections in 2019?

IN January 2014, when the Indian Congress was controlled by the United Progressive Alliance (UPA), the cabinet approved the establishment of an electric locomotive factory at Madhepura, Bihar, and a diesel locomotive factory at Marhaura at an estimated cost of Rs 1293.57bn and Rs 2052.58bn respectively, with limited equity contribution by the Ministry of Railways.

According to the plans, over a 10-year period, the factories will provide Indian Railways with 800 electric locomotives of 8.95MW each and a mix of 1,000 diesel locomotives of 3.3MW and 4.5MW with high level performance guarantees.

The incumbent NDA government, in November 2015, agreed a contract with Alstom to establish the electric locomotive factory, while GE won the contract for the diesel facility. However, in September 2017, railways minister, Mr Piyush Goyal, set the cat among the pigeons when he instructed the Railway Board to review the GE factory in light of India’s plans to electrify the entire network.

In response, GE released a strongly-worded statement.
“If the Ministry of Railways moved forward with changes to the joint venture between IR and GE, they would undermine one of the most promising infrastructure projects in the country and put future foreign investment at risk.

“An alteration of this contract will have serious impact on job creation and skills development and cause the government to incur substantial costs and will also undermine the government’s signature ‘Make in India’ initiative.”

The first of the GE locomotives has already arrived from the United States and been delivered to IR. Yet following the Indian cabinet’s decision on September 12, the future of the GE project has once again come into question, and placed GE on the defensive. “We expect the partnership to move forward and the company continues to fully execute its plan,” a GE official said

It seems that the future of the plant, like the electrification project, could be riding on the result of next year’s election.