IRJ at InnoTrans 2018: CRRC unveiled its Next Generation metro train, a joint project of the Chinese-German joint venture, CG Rail, at the outside track area. 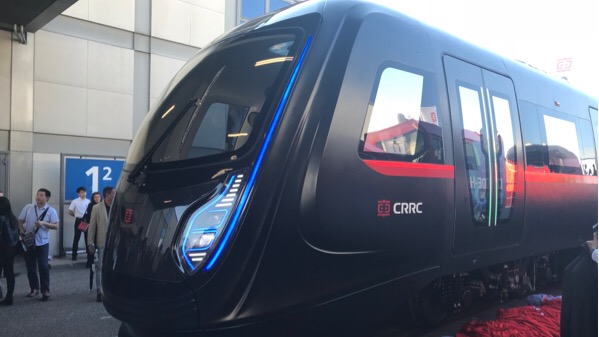 CRRC New Generation metro train at the outside track area.

The single car on display consists of around 70% carbon fibre structures, which offer a 30-40% weight reduction compared with a conventional metro vehicle. Major carbon fibre components include the cabin, equipment cabinet, car body and bogie frame.

While a single car is on display at InnoTrans, according to Mr Jingie He, head of the international cooperation department at CRRC, two further cars are undergoing tests at a test track in China. Jingle confirmed that the European car is set to undergo static tests at a European facility following the conclusion of the show.

Jingie says that the cost of the carbon fibre structures, which are around twice the cost of those used in a conventional metro vehicle, actually makes the material more suitable for future application in a high-speed EMU or a maglev vehicle. He said that these applications are also more likely as these operators are willing to invest in more expensive materials.