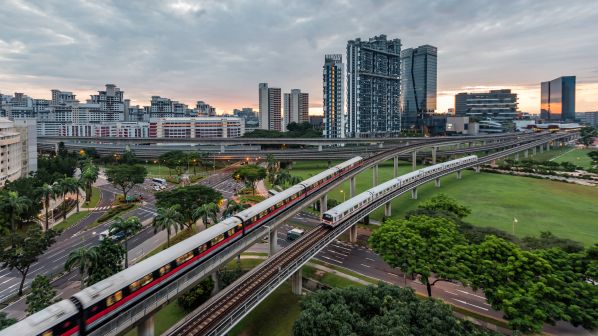 INFRASTRUCTURE investment has become a useful lever for the world’s most dynamic economies, both in terms of the short-term impact of construction on growth and the longer-term benefits of enhanced connectivity and greater mobility.

Behind every infrastructure success story there is a clear vision of what that project can deliver in terms of economic and societal benefits and how it functions as part of a cohesive network. TC Chew, global rail business leader for Arup, argues that clarity of purpose in the formative stages of project development can deliver extraordinary results with benefits extending over many decades. “Foresight is very important,” says Chew. “Despite his controversial departure, people will remember the foresight of [China’s former] railway minister Mr Liu Zhijun and his drive to push for the construction of thousands of kilometres of high-speed line in a very short period. If Singapore hadn’t had the foresight to build its rail network - and an all-bus system was proposed - the city would have ground to a halt. Singapore will have a 230km network at the end of 2019 and 360km in 2030.”

“Working patterns might change as we become more digitally connected, but people still want to travel and meet. What other facility can provide that as well as rail?”

Despite the rise of autonomous vehicles (AVs), Chew argues that rail has a much greater role to play in mobility in an increasingly urbanised world. According to the United Nations, the global urban population increased from 751 million in 1950 to 4.2 billion in 2018. By 2050, 68% of the world’s population will be urban dwellers. “This is creating all kinds of infrastructure challenges for governments - sewage, electricity, water, and mobility,” Chew says. “Working patterns might change as we become more digitally connected, but people still want to travel and meet. What other facility can provide that as well as rail?”

“AVs could never replace mass transit. There’s a place for AVs but I don’t believe they alone will solve the problem of congestion, they will create other issues.”

Yet despite the need to provide sustainable mass transit for growing populations, governments often face significant hurdles when it comes to financing urban rail projects. “Rail is often not a bankable option for many cities,” Chew says. “Making it bankable is a case of looking at farebox and non-farebox revenues, and looking at how much you can realistically expect to bring in.”

Chew notes that authorities can deliver better value-for-money by integrating their urban rail plans more closely with broader land-use strategies. “If the city planner and the transport planner come together to work on a solution that is suitable for a specific city you enable a much greater development of the available space and cost-effective infrastructure,” he explains. “Most politicians like to have a legacy, such as iconic stations, but inevitably that has a cost to bear. Cost-effectiveness should always be in the mind of the station designer because it’s costly to build underground.

“More partnerships between the public and private sectors could go some way towards defraying costs. If underground stations are effectively linked to adjacent developments, the private sector may be willing to provide part of the cost of the station. There’s no magic wand. We’re spending taxpayers’ money so we’re keen to ensure design is cost effective.”

Chew highlights the Project 13 approach to delivering major infrastructure schemes, which was initially set out in the Institution of Civil Engineers report From Transactions to Enterprises in March 2017 as an innovative alternative to traditional infrastructure business models. According to the report, the transactional model for infrastructure projects prevents efficient delivery, stifles innovation and fails to provide high-performing networks.

Project 13 is based on an enterprise model, which is defined as “a long-term relationship between owners, investors, integrators, advisers and suppliers” which are “commercially-incentivised to deliver better outcomes for users from infrastructure investment.”

The asset owner is at the heart of the model and leads the enterprise. Suppliers have direct relationships with the owner, while an integrator ensures all tiers of the supply chain work together as a single team. This means reward and profit in the enterprise are based on value added to the overall outcomes and not time spent on the project. All stakeholders have a greater understanding of costs and risk, with commercial incentives to jointly manage risk, rather than simply shifting it between different players in the project.

Chew also highlights the power of data in optimising the operation and maintenance of mass transit systems. “Sensor technology is no longer cost-prohibitive and embedding sensor technology can enable you to do a lot of positive things,” he says. “Data capture has become something that is generally easy to do on the railway. The next stage is data analytics, and perhaps in the future we can also apply AI. This will enable us to take a much more intelligent approach to the management of railway assets. The potential benefits in terms of performance and efficiency are staggering and I think we will see a great transformation in the coming years. Good reliable data can give you intelligent design and service provision.”

With new ways of disseminating real-time operational data to the end user, passenger flows can be optimised, easing the strain on pinch points in the network. “On the [London Underground] Victoria Line there’s a train every 100 seconds in the peak so it’s easy to decide if you’ll squeeze onto a busy train or wait for the next one and hope it’s less crowded, but you don’t know for sure if there will be more space on that train,” Chew says. “Technology has now reached the point where transit loading information can be transmitted. This has the potential to completely change travel patterns and ease the burden on bottlenecks in the system, because people will be able to choose less busy routes and trains.”

Transport for London (TfL) is an example of an operator that has harnessed the explosive growth in smartphone usage by using third-party apps to reinvent how it communicates with the passenger. In September 2017 TfL launched an app for ticketing but opted not to include a journey planner because third-party developers were already using its data to build high-quality journey planning apps. Today, more than 600 apps use TfL data.

Chew argues that the smartphone offers a huge opportunity for rail operators to engage with passengers and build trust, particularly when handling service disruptions. “Rail really needs to offer stakeholders a clear understanding of the challenges it faces on a day-to-day basis, and I think the industry has often been slow to react to that,” he says. The public needs to know and understand that yes, we aren’t perfect, but we are trying our level best to deliver a good service for you. Perturbations are going to happen and your customers will judge you on how well you are able to communicate when they do.”

“Technology is forcing a change. People expect to be informed, and big data has become an important factor in ensuring rail users understand the status of the network. By making non-personal data available for third-party apps, operators are showing that they can respond to evolving end-user expectations.”

On the maintenance side, big data is also allowing engineers to model asset health in new ways. The ability to generate, build and manage a digital twin of a piece of infrastructure through Building Information Management (BIM) has the potential to significantly alter the way physical assets are maintained, potentially delivering improvements in efficiency and availability. “Without question, BIM is the way to go in future maintenance and asset management,” Chew says. “Rail is a complex system with linear infrastructure and furniture and components dotted along the route and that ability to produce a digital twin is a useful way to track where things are.

“The question is who will take care of the data? How do you legislate for the actions of humans in the system? It’s vital to ensure data is updated regularly, or your model stops being relevant. I think there’s potential to reduce costs on new lines in the initial period of asset maintenance and operation. What happens beyond that is very much down to the management of data and the upkeep of the model.

For Chew, this highlights one of the fundamental challenges of digitalisation. “Technology is simply an enabler - success is always down to people,” he says. “One must never overlook the importance of the people who look after the technology and the asset. They are an essential part of the effectiveness of the operation.”