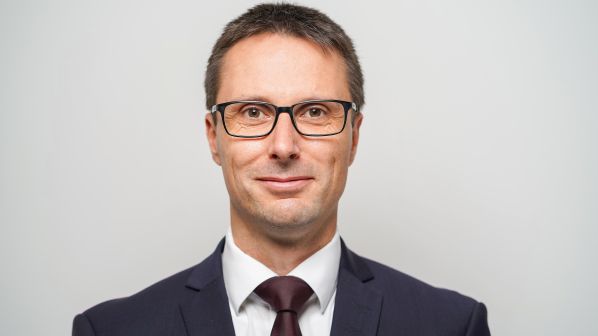 DIGITAL couplings, ETCS and automatic operation are all being developed as rail seeks to position itself at the forefront of the future of transport, and Siemens Rail Infrastructure CEO, Mr Andre Rodenbeck, believes digitalisation is key to connecting railways across Europe.

Rodenbeck has overseen several recent developments in the digital field since he took up the role in 2019 and believes that smart applications that can integrate and coordinate different modes of transport will make the idea of seamless travel from the first mile to the last a reality. Indeed, he says having the ability to choose from a wide range of options to plan, schedule and pay for trips significantly improves the travel experience and the overall quality of life.

“I truly believe that digitalisation will make many things easier,” Rodenbeck says. “ETCS was, and still is, a great idea, otherwise you cannot have seamless rail traffic between countries.”

However, he adds that the rail infrastructure world is changing because with Cloud technology combined with IP networks there is now the possibility of geo redundancy. This means much more flexibility when locating interlockings, for example, which no longer have to be within a specific distance of a point machine. “Getting away from trackside components makes it cheaper and more sustainable because less equipment and maintenance is needed,” Rodenbeck says, adding that it also improves safety by having fewer staff working on the tracks.

“ETCS was, and still is, a great idea, otherwise you cannot have seamless rail traffic between countries.”

“It’s not a German or British thing anymore, it’s basically in every tender we see,” he says, describing the increase in digital requirements. However, there remains the thorny issue of standardisation.

Different countries are still relying on different technologies. That is not necessarily a bad thing, Rodenbeck believes. There does need to be an understanding as to why certain railways operate the way they do, but this can also create obstacles for development and innovation.

New technology will also have to be married with older technology if it is to be introduced in a widespread manner. He highlights how the use of legacy ATP systems is effectively blocking the rollout of ETCS in some countries.

Rodenbeck says retrofitting older trains is another big challenge. Issues that must be taken into consideration include where the new technology can be installed. He says that there are 12,000 locomotives in Germany alone that will need to be retrofitted with ETCS and around 30,000 across Europe. “There needs to be a push to say ‘let’s do this so that the benefits can be felt’,” he says.

Automation means a change in staff duties and responsibilities, and it also helps operators compensate for staff shortages. Rodenbeck highlights the recent problems that European transport operators have encountered in trying to recruit enough drivers and other onboard staff. Digital systems should also increase service frequency, and Rodenbeck suggests that capacity increases of up to 30% are possible.

“There’s simply no room to lay more track,” he says. “So, if you want to run more trains, you also need to ask how you want to go about it. Technology brings a lot of benefits.” He highlights the Paris Metro with its 60 second headways on automated routes. “You can see the train in front of you. If you had a driver, you usually don’t come below 120 seconds.”

Energy savings are also possible with automation. Trains driven automatically will operate in the same way when starting from and arriving at every stop. This could deliver energy savings of up to 30%, he suggests.

Who pays for these major modernisation programmes remains a concern. If governments or other agencies introduce a requirement for a major change, such as the introduction of ETCS, then is it fair that operators must suddenly find huge sums to pay for the work themselves?

“I have a very clear opinion on that,” Rodenbeck says.

“Before, infrastructure improvement projects were funded by governments. And now, the infrastructure takes the form of onboard units that are moving from the lineside and into the rolling stock. This change could potentially prompt governments to simply say ‘well, now it’s not infrastructure anymore, now the operators need to pay for it.’ To ensure that this does not impede vitally important government investment, we need to have a broader understanding of how technology is changing infrastructure and the interplay of lineside and onboard equipment.”

Rodenbeck has been pushing this message to ensure governments across Europe, and the European Commission, understand the issue.

He says many people now realise the benefits of installing ETCS. He also feels that despite lower passenger numbers than pre-pandemic, investment in sustainable transport remains a priority in many countries, which is positive for the railway industry in the medium term. His hope is that by building and making it attractive, they will come.

“I really believe that greater use of rail is needed to achieve our CO₂ targets.” Rodenbeck says. “The solution cannot just be to use your car. We need to make public transport as attractive as possible so that we can convince more people to use it.”