Dr David Fletcher and Dr Jon Paragreen from the University of Sheffield explain the results of the NeTIRail-Infra project, which studied solutions to improve the productivity of conventional lines. 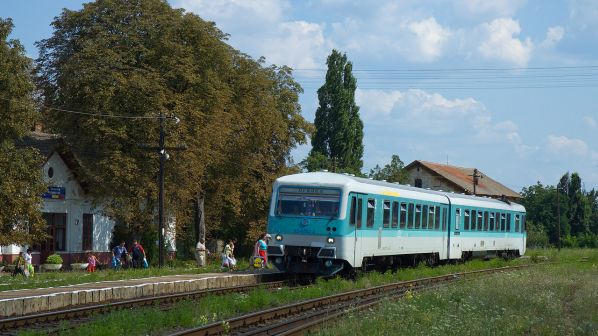 WHILE high-speed trains are largely the symbols of European passenger railway operations, only 4% of the total lines in service across the continent currently support operations at speeds of more than 200km/h.

Conventional railway infrastructure therefore remains the backbone of the European railway network. Yet with much of this infrastructure under-utilised and offering only slim revenues to operators, more needs to be done to secure greater productivity from these lines, which will benefit both passengers and European rail operators.

To address this challenge, under the umbrella of the European Commission’s (EC) Horizon 2020 research programme, work was recently completed on the NeTIRail-Infra project. The initiative aimed to identify and develop railway infrastructure and monitoring technologies to suit these lines while still enabling interoperability with higher capacity infrastructure, for example, by supporting use as a diversionary route from busier lines.

Funded by the European Union (EU) Innovation and Networks Executive Agency (Inea), the project consortium consisted of 13 partners from eight countries, including railway infrastructure managers and operators from Romania, Slovenia and Turkey as well as industry partners, academia and the International Union of Railways (UIC). The project ran for three years, and was completed on May 31.

While secondary lines are often economically marginal, may be at risk of closure, or require substantial public subsidies, they often provide important public services, linking communities and providing access to jobs, education and health care. Quantifying these societal and economic impacts was a major component of the project. The project also considered technologies appropriate for predominately freight lines and those suffering from capacity constraints.

With this vision, the NeTIRail-INFRA project’s main scope was to:

To achieve these objectives the project was split into six main work packages, the work from which is described in the remainder of the article:

During the NeTIRail-Infra project, a Lean analysis, which was originally developed to drive “Lean manufacturing” operations, was conducted for two switch installations: one in Kayseri, Turkey, and another in Celje, Slovenia.
The objective was to apply the lean techniques for railway renewals to better understand the strengths and weaknesses of these processes. The tasks were initially process mapped, followed by on-site observations and the classification of tasks as either value adding, necessary non-value adding, or wastes. The wastes were further sub-categorised, and by observing and quantifying the process wastes, improvements could be recommended.
Recommendations included principles as simple as improving planning and marking of components to complete tasks correctly the first time. The same data was also used to demonstrate how to plan the same tasks but optimised for minimum cost, or optimised for minimum possession time.

A web-based decision support tool, which encompasses all of the findings from the project, has been developed to support the user to implement a cost-benefit evaluation and societal analysis of lines in a specific location. This draws on infrastructure information from the Register of Infrastructure (RINF) and European Union Agency for Railways database, as well as incorporating user-defined functions to support further decision making. This NeTIRail-INFRA tool is continuing to be developed with support from the UIC.

A particular issue identified by project partner, RC-CF, Romania, was that of monitoring and logging the movements of older electromechanical interlocking systems which are still used for lower density lines. As part of the NeTIRail-Infra project, ADS-Electronics worked with RC-CF to develop and demonstrate low-cost, self-powered monitoring equipment that would enable wireless transmission of the status of signal and interlocking mechanical and electromechanical systems in order to log and centrally monitor these assets.

Assessing the economic and social impact

A core part of the NeTIRail-Infra project was to evaluate the societal and economic impact of the innovations in order to assess the wider economic benefits and societal importance of the project’s case study lines.
More than 1000 questionnaires were collected and analysed to understand the purpose of passenger journeys on the lines in Turkey, Romania and Slovenia. The survey was also used to identify and prioritise the factors which are perceived as most important to passengers.
A reusable methodology was subsequently developed to insert the results from the surveys into a societal impact assessment for the different innovations introduced during the project. An economic assessment of the innovations used on the project case study lines was also carried out along with an evaluation of the economic payback for each innovation.
Within NeTIRail-Infra, assessments were made for the wider economic impact of the case study lines to understand their contribution to local and national economies, and the incentives and disincentives acting on their respective operators. This is particularly relevant for lines where operation based solely on farebox revenue is not economically sustainable.

TU Delft have been developing an Axle Box Acceleration (ABA) system for monitoring the condition of track including squats, corrugations, wheel burns, welds, switches and crossings and insulated joints. The system was demonstrated on an in-service passenger vehicle near Brasov, Romania. Testing at a range of speeds from 20km/h to 220km/h over the same defects at the Faurei test ring demonstrated the suitability of the system for metro, conventional and high-speed railways.
With this monitoring system, grinding operations can be further optimised by focusing on segments of rail with a high density of light defects. The system also enables the ranking of severe defects, so that replacement operations can focus on the most urgent rail segments. The ABA system has achieved technology readiness level 8 as part of this project and further installations of the system are planned in the Netherlands.

In order to tailor track to avoid corrugations, within NeTIRail-INFRA, Delft University of Technology (TU Delft) further developed knowledge of the causes of short pitch rail corrugation. Researchers developed a 3D finite element model, which was coupled with a dynamic model, to predict the initiation of short pitch corrugation and the corrugation drivers.
This work opens up the possibility to design track fastening systems that reduce the need for grinding to remove corrugations, and was supplemented with a catalogue of corrugation from Turkish infrastructure manager TCDD’s network. From this theoretical work, fastening systems were recommended for an on-track trial which was carried out on the Eskisehir - Afyon - Kütahya line in Turkey where three different fastening systems were assessed for their impact on corrugation formation.

The NeTIRail-INFRA project studied lubrication practices from the project partners and other European infrastructure managers, as well as gathering data from the supply industry. From this background information and wider literature, a simple flow chart was devised to enable infrastructure managers to identify the lubrication best suited to their lines and traffic. The UIC leaflet 714, classification of lines, and the Köppen-Geiger climate classifications were used to tailor the advice to a specific geographical location and line type.
Transition zones between ballasted track and structures such as bridges, tunnels and slab track were also modelled to understand the benefits of varying sleeper mass, with heavier sleepers used closer to stiff structures. The purpose of this innovation is to better understand if this low-cost solution can reduce track damage on high maintenance transition zones, rather than correcting these with expensive earthworks.
This could also be used as a low-cost method of creating new transition zones for low density lines. The simulation’s results, which were validated against measurements from a transition zone in Portugal, suggest that heavier sleepers result in lower displacement and settlement, and therefore reduced maintenance.

The NeTIRail-INFRA project has identified and developed a range of technologies which are low-cost and suited to under-utilised railways. While much of current investment is focused on high-speed and high-capacity lines, these lesser-used routes make up the vast majority of European rail networks, and have huge potential for improvements in productivity.
Cost-benefit and societal impact analysis has validated the benefits of the innovations developed during the project and their suitability for different line types. The decision support tool developed by the UIC provides a guide for selecting the most appropriate technologies for different line types and locations.
The full project results are available from the project website: www.netirail.eu.