RENEWED interest in the overhaul of obsolete infrastructure and rolling stock in the western Balkans is being met with significant investment in countries across the region. This process is set to continue in 2019 and the coming years. 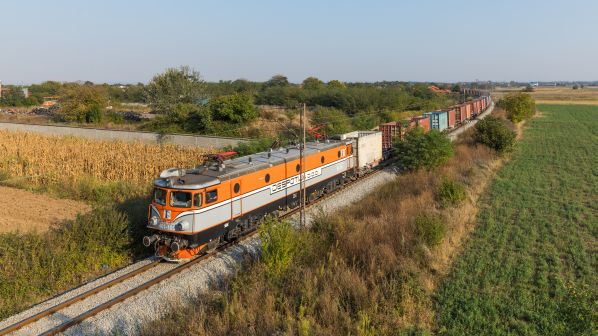 The trend has partly been fuelled by the European Union (EU), which, in many cases, has provided finance to refurbish existing lines or construct new infrastructure on strategic pan-European transport corridors.

Investment in rail infrastructure to improve the efficiency of transport and logistics is considered a catalyst for economic growth and a means to boost exports. Increased passenger traffic is only a secondary motive, in a region where bus transport dominates.

Serbia probably has the most ambitious and concrete plans. After reconstructing 280km of regional lines in 2018, the country is planning to overhaul an additional 318km this year to complete work on the regional network. This will increase line speeds to 60-100km/h.

Work is planned on the following routes:

Work will also continue on a high-speed line between Belgrade and Novi Sad, part of the wider Belgrade - Budapest line, financed by both Russia and China.

Albania is planning its most serious investment in the railway sector for 20 years. Priority projects include the rehabilitation of the 151km Tirana - Durres - Elbasan - Pogradec line and the construction of a new 2.8km line from Lini to the Macedonian border.

The line is part of the Pan-European Corridor VIII and viewed as a key development for multimodal transport. Once work is completed in mid-2021, the railway will connect Tirana, Skopje and Sofia and the port of Durrës on the Adriatic Sea with the Black Sea ports of Burgas and Varna. There are also plans to link Pogradec to the Greek rail network.

The priority project in Slovenia is the construction of second track on the 27km Divaca - Koper line, a €1bn scheme which includes eight tunnels, two bridges and viaducts, all of which will be completed by 2025.

Koper is the largest freight hub in the northern Adriatic, but the existing rail connection is operating at capacity. However, work to double-track the line will be demanding and expensive as it passes through hilly terrain. According to local reports, neighbour Hungary has already pulled out of the project and it remains to be seen whether the EIB will go ahead with a €250m financing deal.

Work is also underway on projects to upgrade the rest of the network, which are worth €700m. The goal is to reduce train delays and increase annual passenger numbers from 14 million to 22 million over the next seven years. One of the key projects is the Maribor - Šentilj line, which is planned to be completed by the end of 2022. Slovenia is also planning to completely renew its passenger fleet by 2023.

For Macedonia, 2019 will also be a year of capital investment in transport infrastructure, including rail.

Investments should reach €537.8m with most of the funds going towards the construction of the line to Bulgaria and the modernisation of Pan-European Corridor X. Work is also planned on the second section of the Beljakovce - Kriva Palanka line and on the Kumanovo - Beljakovce line, while a pre-feasibility study will be launched for the Skopje - Kicevo section.

In Croatia, liberalisation of passenger services will continue. State-owned operator HZ Passenger should expect competition in the market, which could lead to the introduction of new services. There are also plans to open railway infrastructure maintenance contracts to bids from private companies.

Numerous network modernisation projects are underway, with priority given to the Pannonian and Mediterranean corridors, for which €2bn of EU funds has been secured. These include the Rijeka - Zagreb line, which should be completed by 2030 at an estimated cost of €1.6bn. This will cut rail journeys to Vienna to 2 hours and Belgrade to 3.5 hours.

ŽPCG in Montenegro has reached an agreement with rolling stock financing entity, Eurofima, for a €10m loan at a favourable credit rate to support the overhaul of rolling stock, which will help to improve both local and international passenger services. The funds will also support investment in 15 new or used passenger coaches while an additional €13m will be invested in three new EMUs.

Kosovo is preparing tenders for the rehabilitation of two lines, work which will be funded by its own sources and the EBRD. These include the line from Pristina to Hani i Elezit on the border with Macedonia and the Pristina - Leshak (Serbia border) line. The plan is to modernise the network by 2022, and increase line speeds to 80-120 km/h.