The future for Eurostar at the start of March 2020 was bright. New routes were planned, there was a merger on the horizon with Thalys as part of the “Green Speed” project, and international passenger markets affected by the terror attacks in Europe were recovering well. 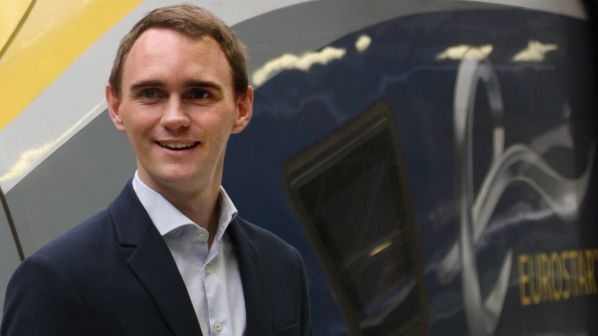 THEN the Covid-19 pandemic hit.

Overnight, services were cancelled in response to government-imposed travel restrictions and have remained suppressed ever since. At one stage there was one train per day operating on the London - Brussels and London - Paris routes. Loadings dropped as low as 1% of pre-pandemic levels. The situation was dire and not helped by the British government rejecting requests for financial support, with secretary of state for transport, Mr Grant Shapps, telling a government committee in early-February 2021 that the operator was not “their company to rescue.” These requests were not for large sums, rather Eurostar wanted equal treatment to airlines to access any support funding made available.

As the world began to emerge from the pandemic, service levels increased. In the autumn Eurostar confirmed that the Christmas timetable would have 16 trains per day leaving London. Nine would operate on the Paris route, five on the Brussels route and two on the Amsterdam route. There have been 15 trains running daily since November.

The latest Omicron variant of Covid-19 has forced the introduction of new travel restrictions, but as Eurostar chief commercial officer, Mr Francois Le Doze, who was speaking to IRJ in early December reveals, these have not reduced people’s appetite to travel.

“People are desperate to travel for Christmas,” Le Doze says. “They want to reconnect with their family. Maybe it was not possible last year. Today it is possible and there’s no ban on travel. It’s just that it’s got more complicated with testing and additional costs.”

Le Doze adds that the option of digital and flexible working is also helping people to spend longer at their destination.

He says the situation has looked a lot brighter since September. Business travel in particular has resumed pretty quickly, a welcome development given the uncertainty caused by the rise of virtual meetings. In fact, he says Business Premier is often fully booked. “Corporate customers, big companies as well as smaller firms are returning to travel,” Le Doze says.

Overall, Le Doze says at around 50% of normal activity, Eurostar is in line with targets for the month of December, which he describes as “a massive step forward.”

Growth has been slower on the Belgian route than the French route due to the different entry requirements in the different countries. However, Le Doze describes the Amsterdam route as doing “really well” and says there is massive potential for the service in terms of getting people off planes and onto trains. “We would like to have five return services to and from the Netherlands,” he says. “That’s a lot of carbon emissions saved - that market is really appealing.”

Nevertheless, the current situation means it must be hard for Eurostar to plan long-term. Le Doze agrees but says the company is careful in not making rash decisions. He says stability is key, both from the operator but also from governments. He says that passengers notice this, which then allows them to book in confidence. This is why the operator has not reopened long-term booking windows, and why it has a cancellation policy in place that allows passengers to rearrange travel free up to seven days in advance of their trip.

Financially the pandemic has been near catastrophic for Eurostar. The operator has debts of €1.05bn. In an interview with L’Echo newspaper in Belgium in early-December, the company’s CEO, Mr Jacques Dumas, said €500m of its debt was bank loans taken out to avoid cessation of payments while up to a further €250m was covered by Eurostar’s shareholders - French National Railways (SNCF, which owns 55%), Belgian National Railways (SNCB, which owns 5%) and Caisse de dépôt et placement du Québec (CDPQ) and Hermes Infrastructure (which own 40%).

Dumas confirmed in the interview that there have been cuts in staffing levels and that other cost-cutting measures will be required. He says that the entire train fleet was used as guarantees for the loans.

Le Doze says it’s hoped these loans will enable Eurostar to ride out the remainder of the pandemic, enabling the operator to recover and start paying back the money. “We’ve never asked for money that we wouldn’t repay,” he says. “We now have big loans, and we are going to work to pay them back.

“The approach we have had was a very cautious one, because we know things can change and get worse at any point.”

“The recovery is an S-curve and I want to go through a steep path as fast as we can so that we are sustainable again financially.”

When reintroducing services, Eurostar sought to serve routes where there was demand. Le Doze says the operator is focussed on ensuring risk is constantly balanced out, constantly looking at the likelihood of rules being relaxed, and the virus being managed so that more travel without limitation is possible.

With that in mind, Le Doze says he believes 80% of the 2019 passenger numbers (11.1 million) could once again be travelling with Eurostar by next summer, although that is dependent upon the pandemic being under control and fewer travel restrictions.

“When do we reach exactly 100% of the 2019 numbers? That is not a question we ask ourselves too much,” Le Doze says. “The recovery is an S-curve and I want to go through a steep path as fast as we can so that we are sustainable again financially.” He says that next summer there is a chance to take advantage of a lot of pent-up demand for travel. However, he confesses that getting to that final 20% in the near future will be a challenge.

Eurostar will not restore services to all its destinations straightaway. Trains have not served Ashford International and Ebbsfleet International in Britain since the start of the pandemic, and plans to reintroduce calls at those stations in 2022 have been delayed. Likewise, services to the south of France will not be reinstated in 2022. Services to ski resorts have not been reintroduced, although one of its trains is being chartered once a week from December 26 by Compagnie des Alps, with bookings available via its Travelski subsidiary, rather than via Eurostar. The trains will operate from London to Moutiers and Bourg St Maurice.

Le Doze says the decision not to restart serving some stations and routes is based on market behaviour. He says the focus is on serving markets with the most demand, but also being wary of what he describes as “external shocks,” with the Omicron variant the perfect example.

One destination where services will be reintroduced is Disneyland Paris from spring 2022. Current rail passengers for the resort have either travelled to Paris Gare du Nord and changed onto local services or connected at Lille with TGV services to the resort.

Eurostar remains the only international operator serving London, sharing HS1 infrastructure with local operator Southeastern and freight operators DB Cargo UK and GB Railfreight. Spanish national operator Renfe has announced plans to operate on the Paris - London route. Le Doze acknowledges this, but points out that when he joined Eurostar it was German Rail (DB) planning to operate into the British capital, something that failed to happen. However, he is not complacent. “We welcome the move,” he says. “We have been ready for an operator to compete on our routes.”

Meanwhile, the Green Speed project continues in the background. The company confirmed in September that the Eurostar brand will be retained. The holding company will be based in Brussels, while train control will be conducted from London for Eurostar while Thalys train control will remain in Brussels. The initial aim is to grow the combined pre-pandemic passenger figures from 19 million to 30 million by 2030. With 240 million people living in the five countries the new operator will serve the potential is vast.

Le Doze says the plans are with the European Commission for approval. He said that while work on the merger was put on hold in order to focus on the pandemic, this has restarted. “There is a big idea of growth and how we can make this a really sustainable alternative in the future compared with the plane,” he says adding that capacity constraints must be addressed and that questions are being asked about how extra capacity can be added, either through managing space on trains or at stations.

If approved, the merger will take place slowly. There will be three companies - Eurostar, Thalys and the holding company, with the latter operating as an executive committee. Le Doze says the Eurostar brand was kept because it is recognised across the world in markets such as the Americas and Japan, which are seen as critical to the success of the business.

Eurostar has been through a lot since March 2020. The best laid plans have had to be cancelled and rearranged more than once. The long-term opportunities are exciting for a business that was facing questions over its future a little over 12 months ago. Finally there is light at the end of the tunnel.