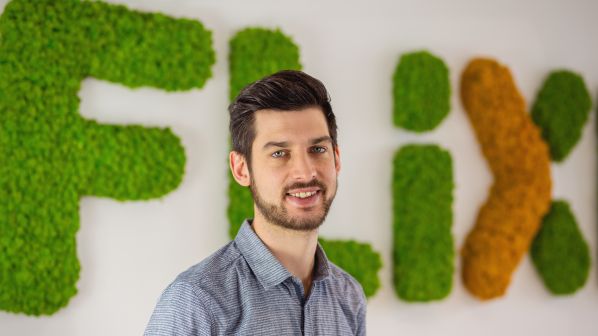 TWO years on from launching its first distinctive green-branded train across Germany, open-access operator FlixTrain has successfully done what others had tried and failed to do: provide a profitable, reliable and cheap open-access long-distance service that continues to expand and attract new passengers.

FlixTrain was borne out of the collapsed Hamburg-Köln Express (HKX) and Locomore open-access services, which launched in 2012 and 2016 respectively but were unable to turn steady passenger numbers into profitable operations.

After the two companies ceased operating at the end of 2017, long-distance bus operator FlixBus stepped in to begin marketing the routes, reviving the services before taking them under the newly-formed FlixTrain brand at the start of 2018.

FlixTrain now offers services along the Stuttgart - Erfurt - Berlin, Aachen - Cologne - Hannover - Berlin - Leipzig, and Hamburg - Essen - Cologne routes, with an average occupancy rate of around 70% across all services. FlixTrain controls the network planning, traffic control, customer service, marketing and sales, with the operation of the services sub-contracted to three operators: Leo Express, BTE, and SVG.

“We don’t have problems with marketing and getting people onboard, because we have a well-known brand, which is difficult for smaller independent players,”

Head of FlixTrain, Mr Matthias Müller, says the main point of difference between FlixTrain and other less successful open-access operators is the well-recognised brand that FlixBus offers FlixTrain, along with the benefits of connecting into a widespread bus network that is already engrained across Germany.

“We don’t have problems with marketing and getting people onboard, because we have a well-known brand, which is difficult for smaller independent players,” Müller says. “At the same time, it’s always about relevance which you can give a customer. So if you go on our platform we offer you plenty of options to get from one city to another, and even if we don’t have a train service there yet, we can offer a bus service. So people can book something and they then come back, which is a bit more difficult when you only run one train once a day on a specific route.”

FlixTrain offers a service that meets the market between long-distance buses and DB’s ICEs: a faster service than the bus without the additional features of the ICE such as a restaurant car.

FlixTrain is the backbone of the FlixMobility network, offering high-capacity options between the major centres while the bus system provides connections along shorter routes to less populous towns and cities.

The company is planning to launch a new route this year between Hamburg and Stuttgart, the first direct rail connection between the two cities. The service, which will have a journey time of under seven hours, will include stops at Hannover, Göttingen, Kassel-Wilhelmshöhe, Fulda, Frankfurt, Darmstadt and Heidelberg. FlixTrain is also adding an additional express connection between Hamburg and Cologne, which it says will have a journey time of 3h 30min, faster than DB’s services, with two intermediate stops in Dusseldorf and Duisburg. The service towards Hamburg will have an additional stop in Gelsenkirchen, while the return service to Cologne will also stop in Essen.

The Berlin - Stuttgart and Berlin - Cologne services were also rerouted from the start of the 2020 timetable on December 15 2019, adding additional stops at Leipzig, Erfurt, Lutherstadt-Wittenberg, Aachen, Halle (Saale), Gotha and Eisenach.

Passengers choosing to travel with FlixTrain are not restricted to any one demographic, and price is not the biggest attraction, according to Müller, although it does play an important part, he says. Passengers are more interested in a convenient service that can get them to their chosen destination reliably and comfortably.

“At the end of the day the customer doesn’t care too much whether they use a bus or a train,” Müller says. “It’s more important to get quickly and conveniently from A to B, and in the best case scenario, save some money.”

Following its success in the German market, FlixTrain is looking to replicate this strategy outside of the country. In September, FlixTrain submitted a track access application to Swedish infrastructure manager Trafikverket to operate services along Sweden’s busiest inter-city rail corridors: Stockholm - Malmö and Stockholm - Gothenburg. The latter service would make intermediate stops at Södertälje, Hallsberg and Falköping, while the Malmö trains will call at Norrköping, Linköping, Nässjö, Alvesta and Lund.

The Swedish market differs from Germany as both routes already have strong open-access operators, MTR Express and Snälltåget, competing against incumbent national operator SJ. But Müller says these services are already meeting capacity, and he is confident that FlixTrain can attract more passengers and grow the rail and public transport markets.

“We can benefit from the trend in several countries where the demand for sustainable transport is increasing.”

“We don’t see a need to compete with other railway operators, but other transport modes like cars and planes,” Müller says. “We can benefit from the trend in several countries where the demand for sustainable transport is increasing. We can see the existing operators are sold out and already have capacity issues because there is more demand than capacity.”
Sweden is not the only target for expansion, and Müller says the company is looking at markets where FlixBus already has a strong foothold.

A main target is France, one of the first countries in which FlixBus expanded. In June last year, FlixTrain announced it had submitted a request to French rail regulator Arafer seeking train paths on five routes where it plans to compete with incumbent French National Railways (SNCF).

The Brussels service would run via the Maubeuge - Quevy (Belgium) line, following the route used by TEE and Eurocity services before the introduction of Thalys high-speed trains between the French and Belgian capitals.

However, the process of market liberalisation in France is slow. After applying for track access, FlixTrain must now wait for the results of an economic balance test which are expected in spring. Following this, it will likely take another year before the route requests are approved or denied.

While market liberalisation promises to increase public transport’s market share and provide more sustainable travel options, Müller identifies a number of institutional changes that need to happen before these benefits can be fully realised.

“We need a clear separation between the infrastructure manager and the operators, and at the same time we need to make sure that infrastructure charges don’t get too high,” he says.

“In Sweden we see that it is separate from a service point of view, so the maintenance is fully liberalised and at the same time track fees are at a reasonable level. As a result we see there are quite a lot of operators.

“In Germany we are paying way more for the track charges and we don’t see that we have reached the same standard of how we are treated. The processes just aren’t there, and people just aren’t used to dealing with new competitors and new market entrants, especially on the infrastructure manager side.”

Access charges are set at around €1.50 per km in Sweden, but these rise to around €10 per km in Germany, with France looking to charge up to €30 per km for access to its high-speed network.

“I cannot see it as an honest attempt to increase competition,” Müller says. “Of course it is high-speed but there’s a long way to go to get to a fully liberalised market or to a market which offers fair options to new entrants.”

Liberalisation may also bring less obvious benefits such as solving rolling stock shortage issues, which Müller says is one of the hurdles preventing expansion.

“There is no market at the moment to provide enough rolling stock to actually grow the business,” he says. “At the moment each state-owned company develops its own rolling stock fleets and there was no demand for the manufacturers to standardise their products. I think liberalisation can increase that, creating a much more liquid market.”

FlixTrain is closely following the development of the German federal government’s climate package, a series of measures agreed by Germany’s coalition government on September 20 which will inject €54bn into the fight against climate change by 2023.

“If there are any subsidies for operators then they should be there for all operators in the market and not just favour some, which doesn’t allow fair competition.”

This includes a reduction of VAT charged on journeys of more than 50km from 19% to 7%, a rate which already applies to shorter rail journeys, along with an extra €2bn in federal funding for regional rail, trials of €365 annual public transport passes, and a federal law to increase aviation taxes.

While FlixTrain welcomes the VAT reduction, it argues this should be extended to bus operators as well, and has warned that investing additional funding directly into DB will distort the market and reduce competition.

“Of course we are in favour of infrastructure investments,” Müller says. “But if there are any subsidies for operators then they should be there for all operators in the market and not just favour some, which doesn’t allow fair competition.”

FlixMobility is lobbying the government on the issue, but has warned that if the investment is made solely in DB, with FlixBus and other long-distance bus operators not included in the package, it will have to cut its network and reduce capacity.

Regardless of whether it is able to get the concessions it is calling for from German politicians, the company’s expansion plans look likely to further establish FlixTrain as a viable open-access alternative in the liberalised market.

“With Germany and Sweden, we already have huge growth potential,” Müller says. “But I would definitely not say that Flixtrain is limited to those two countries. While there is nothing set it in stone yet, we are evaluating different options.”