New funding allocated by the Biden administration could be a turning point for transport, as Art Guzzetti, vice-president, policy with the American Public Transport Association, explains to David Burroughs. 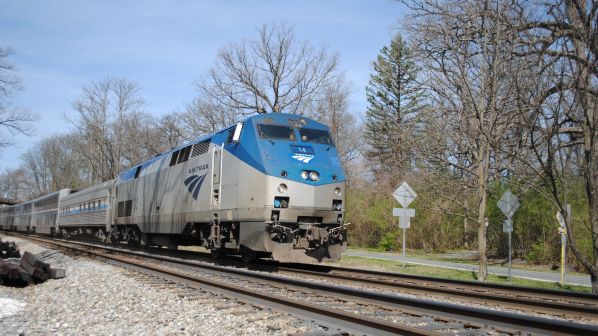 IN the same way the implementation of the Federal-Aid Highway Act in 1956 changed travel across the United States by creating a 67,000km “National System of Interstate and Defence Highways,” the passing of the $US 1.2 trillion Infrastructure Investment and Jobs Act (IIJA) in November could prove to be a turning point for public transport in the country.

While the Interstate highway network overseen by president Mr Dwight Eisenhower ushered in a period of car-led travel, the IIJA could turn the tide towards more sustainable modes of mass transport.

“The difference is the goals of the 1950s are very different than the national goals of the current time,” says Mr Art Guzzetti, vice-president, policy with the American Public Transport Association (Apta). “So it’s actually time we moved away a little bit from the inter-state system, onto the next vision.”

The bipartisan infrastructure deal provides $US 89.9bn in guaranteed funding for public transit over the next five years, including $US 39bn of new investment to modernise transit. It also includes $US 66bn in additional rail funding to eliminate the Amtrak maintenance backlog, modernise the Northeast Corridor, and expand rail to areas outside the northeast and mid-Atlantic. This is the largest single investment in passenger rail since Amtrak’s creation 50 years ago.

The bill is not the first to provide funding for surface transport, but previous iterations have merely provided incremental funding increases to maintain a state of good repair, although an estimated $US 105bn maintenance backlog remains.

“What’s significant about this bill is that there’s a lot of money for multimodal, rather than having discretionary grant programmes for roads or intercity rail, you come forward with a solution that addresses outcomes.”

The bill includes both formula funding, which will go towards the repair backlog, and discretionary funding, which is open to projects that will meet wider needs such as reducing emissions and improving social equity.

“What’s significant about this bill is that there’s a lot of money for multimodal,” Guzzetti says. Rather than having discretionary grant programmes for roads or intercity rail, “you come forward with a solution that addresses outcomes.”

This includes meeting Biden’s target of reducing economy-wide net greenhouse gas pollution by 50-52% from 2005 levels by 2030.

Guzzetti says the funding must also meet the needs of those who have been left out by previous transport projects.

“My whole career has been in transit, and we’ve tried to do things right,” he says. “But I think it has been apparent that there are people that have been underserved in the process. And there’s been a little bit of a reckoning of that. Social equity needs to be a priority in how we invest the funds.”

Many of these outcomes would have been further supported by the accompanying $US 1.75 trillion Build Back Better Act, which was passed by the House of Representatives but failed to make it through the Senate. Guzzetti says this act included specific funding for high-speed rail, as well as outcome-based goals such as the connection between public transport and affordable housing, highlighting the importance of developing these together.

“If you have affordable housing but it’s designed in a way that you need to buy three cars for your household, all of a sudden it’s not affordable,” Guzzetti says. “Housing and transit need to go together. And there was a big emphasis of that in the Build Back Better law.”

However, he says Apta and public transport authorities will continue to embrace the goals set out in the bill despite it being held up, albeit without the extra resources that it would have provided.

While the funding made available in the IIJA overcomes a major hurdle to developing transit projects, a number of challenges remain to implementing the strategies set out in the act. Federal funding usually requires state and local governments to provide matching funds, which could be a challenge for authorities hit hard during the Covid-19 pandemic. In addition, global challenges remain including inflation impacting construction costs, supply chain disruptions and workforce challenges.

“The burden shifts to the providers to make sure good services, infrastructure and capital projects are planned,” Guzzetti says. “We have to deliver projects that are well planned and go through a public procurement process.”

The infrastructure bill and emergency relief measures emphasise strong government support for transit during the pandemic.

Public support has also increased, even if ridership has been slow to recover, as emphasised in support for transit ballot measures in 2020. Guzzetti says that of 53 measures, 48 passed, a 90% success rate. In 2021, only 11 measures were put forward, but for the first time all passed.

Guzzetti says this is a recognition among the public that while road might currently be the dominant mode of transport, this doesn’t have to be the case in the future.

However, this change could still take years even decades to implement and transit authorities are continuing to grapple with the changing transit patterns in the post-pandemic era. Guzzetti says questions remain over the impact that working from home will have on travel patterns, but says there is an opportunity to influence the recovery of transit numbers by increasing service levels. This might mean altering service patterns away from focusing on commuters towards leisure trips, and altering service patterns where there is a case to operate fewer trains on a Monday or Friday.

“The wrong thing to do is to say ‘let’s not ramp our transit back up’,” he says. “If you do that it’s going to be a self-fulfilling prophecy. We have to make sure we do make transit an attractive option.”