It’s an issue that has been ongoing for years, but Germany’s driver shortage doesn’t appear to be letting up anytime soon. David Burroughs looks at what is causing the problem, and how the industry is responding. 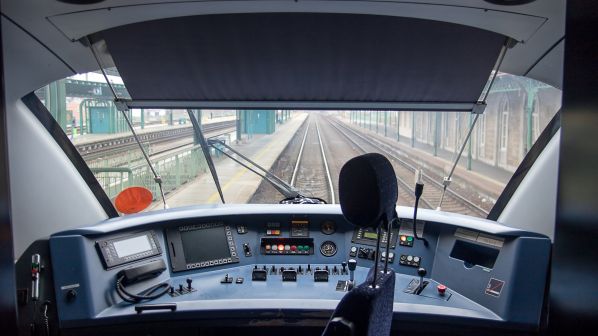 A cavalier attitude to driver training in Germany at the turn of the century has created a shortage of drivers across the country that continues to affect both incumbent operators and new entrants.

“The problem is still very relevant, and we do not see any light at the end of the tunnel to be honest,” says Dr Matthias Stoffregen, the managing director of Mofair, which represents independent passenger rail operators in Germany. Schienenjobs.de, a website run by German pro-rail lobby group Allianz pro Schiene, currently lists more than 500 vacancies for train drivers in Germany, and Ms Katinka Heppekausen, chief human resources officer of Go-Ahead in Germany, says it is almost impossible to hire qualified drivers on the job market.

The industry is feeling the affects of severe under investment in new drivers in the early 2000s and 2010s. German Rail (DB) failed to foresee the requirement for new drivers, while private operators decided they could rely on a steady stream of former-DB drivers to operate their trains instead of investing in training themselves.

“10 years later, everybody regretted it because these were 10 lost years as far as the education of train drivers is concerned, and now everybody has to invest more than they expected,” Stoffregen says. The situation is only expected to get worse before it improves, with around half of DB’s drivers due to retire in the next decade and a similar number currently working for non-incumbent operators also set to retire in the years that follow.

The industry is feeling the affects of severe under investment in new drivers in the early 2000s and 2010s.

Heppekausen says this has been exacerbated by the increasing demand for rail transport services across Germany. The demands of the job, such as shifts and a requirement to work all times of the day or night, conflicts with family life, making the role less attractive. Women are also still too often not attracted to the job, although Heppekausen says there are limited signs of improvement in this aspect.

This is causing a multitude of problems for operators, especially when it results in delays to or the cancellation of services, which can then result in financial penalties from the Public Transport Associations (PTA) that control the PSO contracts in Germany. A number of operators currently experiencing difficulties in the German regional market have cited “staff shortages” as contributors to their issues.

The German subsidiary of Abellio, the international operating arm of Netherlands Railways (NS), entered financial protection on July 1, saying it had been hit by employee cost inflation and staff shortages, as well as compensation charges payable due to delays and an overall and growing lack of rail infrastructure reliability in Germany. The company left the three-month period of court supervised financial protection on October 1, during which the federal government paid employee salaries. Abellio says it is continuing to seek new contractual arrangements with the German states it serves while cutting the size of its business by selling subsidiaries and reducing the number of routes it operates.

Keolis is also on the verge of selling its Keolis Germany subsidiary, which trades as Eurobahn, following long-running discussions over the inability to make money on several of its contracts due to issues beyond its control, such as rising staff costs, and the cost of funding compensation for delays, which are compounded by the high level of DB Networks’ infrastructure work, failures and problems.

Heppekausen says that while Go-Ahead has a clear focus on delivering a high quality of service in its existing contracts in Baden-Württemberg and on achieving successful starts of operations in Bavaria, the driver shortage is challenging. “Our commitment to delivering the right level of service is expensive as it requires us to hire expensive agency drivers and spend heavily on recruiting and training our own drivers,” she says.

The shortage has not been helped by modification of Germany’s competition laws in 2015. Under the changes, operators that win a new PSO contract must offer existing staff the chance to transfer to the new operator on the same or better employment conditions. Based on this, many operators winning new PSOs expected a lot of drivers to transfer, but this has not been the case. Stoffregen says that when Abellio won the Diesel Network contract in Saxony-Anhalt in 2016, it calculated that it could attract around 150 drivers already working on the network, but only two drivers switched.

Some operators have been looking outside Germany to attract drivers, including to eastern and southern Europe. Stoffregen said one operator had even looked to Asia to find drivers, bringing over six new staff members from Vietnam.

DB ran a campaign at the start of 2020 to attract drivers from Spain, receiving 11,000 applications for 30 advertised positions. At the time, DB said its strong success in Spain was due to the fact that trainee drivers there must pay more than €20,000 to study, unlike Germany where they are paid an allowance with the cost of their study paid for them.
However, it can be difficult for foreign drivers to settle in Germany, especially if they move without their families. A number of operators were able to attract drivers from outside Germany during the economic crises in Spain and Greece, but once the economic situation at home had improved and the novelty of living in a new country had worn off, many drivers returned home.

“That means they invested quite a lot in these people, but were not able to keep them employed,” Stoffregen says.

Go-Ahead has taken a number of steps to attract new drivers, including establishing its own train driver academy, Go-Train, which provides additional high quality internal training capacity to cover its driver requirement and the pipeline. The operator cooperates with service providers and driver leasing agencies to cover peaks and service disruptions caused by infrastructure work. It also launched a specialised recruiting team specifically for drivers, developing major employer branding campaigns. Among the incentives on offer are bonuses and incentives for employees who recommend other potential drivers, as “drivers and trainee drivers know good drivers and potential trainee drivers,” Heppekausen says. The format for interviewing and selecting drivers has changed to make it as easy, fast and convenient as possible, with some interviews carried out at stations or onboard Go-Ahead’s trains.

Heppekausen says Go-Ahead has examined various potential overseas sources of new drivers and is focussing on the most promising, although the organisational and administrational effort and the time and costs involved in hiring these individuals is “tremendous.” While attracting trained drivers from other countries is an option, she says they still have to pass tests to gain a German train driver licence as well as gain German language skills to a B2 level. This process can take as long as training a German driver from scratch.

“On top of the campaigns and job portal, one innovative project was a joint training programme run by several operators together with the Baden-Württemberg PTA to attract and train refugees as drivers,” Heppekausen says. “The first run was a huge success and also provided a big boost to our diversity approach.”

Attracting new employees who are interested in becoming train drivers is difficult, but it is also just the first step in a challenging journey to becoming qualified staff. Stoffregen says that from 700 or 800 applicants per intake who are interested in becoming a train driver, only 20 to 50 might make it through the arduous training process. Some might find the job isn’t for them, others might not pass the psychological tests required, and others might simply fail the tests required to receive a train driving licence.

Retaining staff after they have trained can also be an issue. Operators in North Rhine-Westphalia have reached an agreement for operators to compensate the operator that trained a driver if they switch companies within three years of qualifying.

Negotiations between the 27 PTAs and the operators into potential changes to PSO contract terms to provide operators with more flexibility to spend on educating and compensating drivers have been ongoing for around two years. While operators are keen to reach a decision to avoid further losses, transport authorities are wary of being the first to implement the changes and becoming the test case for whether they are effective.

“They have dealt with these problems the most, they have analysed this from all kinds of perspectives, from the judicial and the economic perspective, and if the change is to happen I think it will first occur in North Rhine-Westphalia,” he says. “Then transport associations in the other federal states will hopefully follow.”

Change to the status quo is certainly needed the resolve the situation, and Stoffregen says this should be a cross-industry effort otherwise Germany faces the prospect of returning to a monopoly in regional rail transport.

“DB Regio faces the same problem, but DB Regio is the incumbent that can in the end always rely on aid from the federal government, which all of the other companies cannot,” he says. “Generally speaking, we have to train and educate more train drivers for at least the next 10 years. We also need more flexibility in the PSO contracts so that the railway companies are compensated for the objective increase in personnel costs that they are facing or have been facing for the last five to six years. If that does not happen, we will run into serious problems. We simply need this flexibility.

Go-Ahead says that if Germany wants to continue growing its rail sector - and the signs from the recent federal election indicate that it does - then there needs to be political awareness of the challenges posed by the shortage of drivers accompanied by appropriate measures such as stronger state support for driver training.

“Political action to increase the industry’s overall wage level might also be useful,” Heppekausen says. “In fact, rail’s challenges in this respect are comparable to those of the frequently discussed care sector.”

To qualify as a trainee driver, applicants generally must have: