August saw another milestone in the modernisation of the Great Western Railway fleet with the introduction of new bi-mode class 802 trains on services from London to Cornwall. Keith Barrow was on the inaugural run. 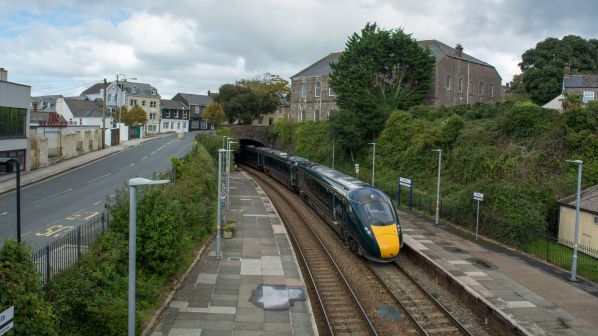 Four decades on, these iconic trains are coming to the end of their front-line duties and the largest HST operator, Great Western Railway (GWR), will withdraw its final sets from inter-city service early next year. August 17 marked a milestone in the replacement of the GWR HST fleet with the inaugural press run of the Hitachi class 802, which entered commercial service on the route from London Paddington to Exeter, Paignton, Plymouth and Penzance from August 20.

The class 802 fleet is being financed by Eversholt Rail Group and comprises 22 five-car class 802/0s and 14 nine-car class 802/1s. Each five-car set will seat 290 passengers in standard class and 36 in first class, while the nine-car variant will seat 576 in standard class and 71 in first. There are two wheelchair spaces on the five-car train and four on the nine-car. Two five-car trains operating in multiple will offer 24% more seats than an eight-car HST. Each class 802 vehicle is 26m long - 3m longer than the HST’s Mk3 coaches - allowing GWR to offer a 4cm increase in legroom and additional luggage space. 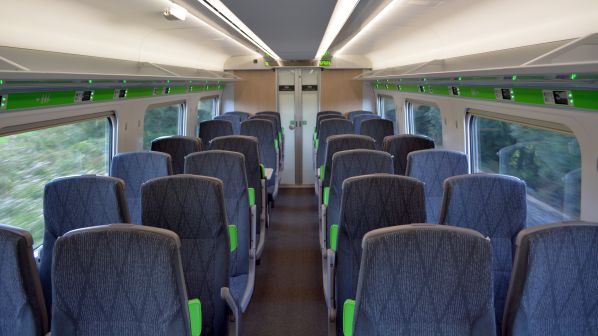 The first three of the 200km/h trains were built at Hitachi’s Kasado plant in Japan, with Hitachi Rail Italy assembling the remainder of the fleet at its Pistoia facility. Hitachi says the final train is due for delivery in January.

Full fleet introduction is expected in early 2019, with HST operation of inter-city services between London and south west England due to cease by March.

The class 802 is based on Hitachi’s AT300 product platform and is similar to the class 800s already in operation with GWR. The class 802 features a revised galley layout, larger fuel tanks for longer runs in diesel mode, and a redesigned brake resistor mounting on the roof to ensure reliable operation on the coastal section of the Exeter - Plymouth line through Dawlish, where waves frequently wash over the line.

GWR says the introduction of the fleet will reduce the fastest Penzance - London journey times from 5h 19min to 5h 5min. The trains will operate in electric mode between London and Newbury, continuing their journey west under diesel power.

As a member of the Agility Trains consortium, Hitachi Rail Europe is supplying 36 five-car and 21 nine-car class 800s under the Intercity Express Programme for services on the London - Bristol - South Wales corridor and the London - Oxford - Worcester route.

The first class 800 entered service in October 2017 and by the end of August nearly all of the five-car sets and half of the nine-car sets were in traffic. 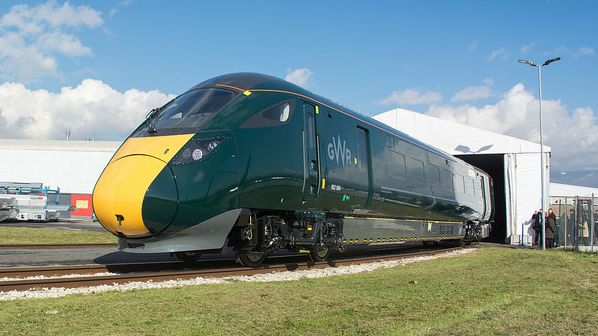 The class 802s are being assembled at Hitachi Rail Italy's Pistoia plant.

GWR is also making progress with the transformation of suburban and regional fleets. The delivery of Bombardier class 387 Electrostar EMUs for Thames Valley suburban services has now been completed, enabling GWR to cascade class 166 DMUs and increase capacity on services in the Bristol area. This in turn has enabled GWR to redeploy class 158 regional DMUs to the south west, displacing older class 150/1 and 153 trains.

Earlier this year GWR reached an agreement with Porterbrook Leasing to lease 19 class 769 Flex multiple units, which will be capable of operating under diesel, 750V dc third rail and 25kV ac overhead electric power. The trains will enter service in spring 2019, enabling the transfer of 12 Electrostars to Heathrow Express services.

The four-car trains will also replace DMUs on Reading - Gatwick Airport and Reading - Oxford services. The 769s are being converted from class 319 dual-voltage EMUs built in 1987-1990.

Some of the HSTs displaced from inter-city services are being retained by GWR and shortened to 2+4 formation for regional services in the south west, where they will replace DMUs on services such as Penzance - Exeter. Upgrades include power-operated doors, toilets with retention tanks, and new seat coverings. This will help to provide the additional fleet capacity required for the launch of half-hourly services on the Plymouth - Penzance Cornish Main Line.