IRJ at Railtex 2017: HOPPECKE Industrial Batteries presented its lithium-ion battery, which is specifically designed for use in locomotives with hybrid drives. 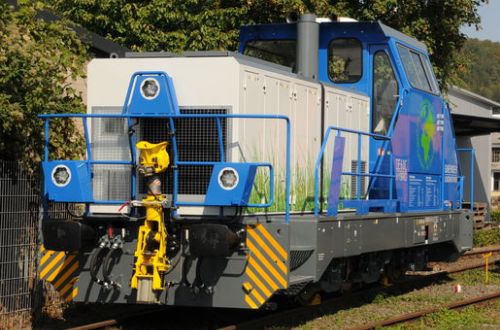 Hoppecke says it is in discussions with major suppliers such as Bombardier, Siemens and Alston regarding potential rail applications for the battery.

The battery has already been fitted to a DE60C hybrid shunting locomotive built by Gmeinder, Germany, and according to the manufacturer it enabled fuel savings of around 40% while reducing CO2 emissions. Designed to meet European EN50155 standards, Hoppeke has focussed on safety aspects, including enhanced protection against fire and explosions.

The battery is charged by the locomotive's diesel generator, and has a maximum output of 850 kW at peak power, usually operating at 650 kW.